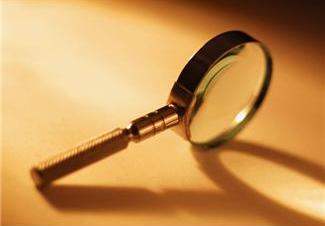 So, let’s take a deeper look at the issue. There is no doubt that the diagnosis of autism has increased tremendously in the past 15 years. And, are there undoubtedly people who have made money from many parents confused, frustrated and angry about this condition. That makes me sad and a bit angry as well. Nevertheless, to tarnish the entire professional community is unfair and inaccurate.

Trying to understand this rising incidence is not easy and has been the subject of many debates that are ongoing.  To review some important history, these disorders were first described in the early 1940s by Drs. Leo Kanner and Hans Asperger.  If you go back and read the original descriptions by Dr. Kanner at Johns Hopkins and Dr. Asperger in Germany one can appreciate how very similar the case descriptions are to many children we see today.  It was Dr. Lorna Wing and others in the UK in the 1980s who discovered Asperger’s work lost in Germany during World War II and appreciated how these apparently dissimilar cases did share some features that made it possible to describe these conditions as part of a spectrum. She, I think correctly, observed that both Kanner’s and Asperger’s patients shared important similarities. Both populations had significant difficulties adapting to change, had trouble understanding how others behave and think, and had difficulties in how they verbally and non-verbally communicated. Nevertheless as we’ve learned since the 1980s, all people to varying degrees share similar traits as people on the autism spectrum. Most of us have habits, favorites, strong interests, and have anxiety/discomfort with change. Remind yourself how you feel just before a vacation, or a new job. Some of us handle those changes easily even enjoying the excitement of something new, others not so and find themselves worrying about the new situation. Some of us are very gregarious, outgoing and social, while others are shy and hate big parties where you don’t know anyone. Some are articulate but many of us have trouble saying our thoughts. Some find eye contact to be uncomfortable, others enjoy it. Does this mean that we all have a little autism in us? Not to my way of thinking. The issue comes down to severity and how much these traits/behaviors/differences impair functioning in the real world.

A fortunate and unfortunate tendency in all areas of modern medicine is the attempt to define earlier, and in some cases milder, forms of conditions in the hope that by doing so severe outcomes can be prevented. Fortunate, because we can sometimes effectively treat early forms of diseases. Unfortunate, because we can also over-diagnose innocent, mild, self-limited problems. Think about efforts in early cancer detection, early identification of diabetes and cardiac disease.   By doing such we almost invariably will mistake “normal” from “abnormal”. The harder one looks for subtle problems, the milder the problems found are. Given that all of us have some degree of autistic traits, the harder it becomes to define the dividing line between typical and atypical, “normal” and “abnormal”. In children, this issue is confounded by the fact that young children are changing at a rapid and non-uniform pace. Developmental change is variable. Just as not every child will walk exactly at 12 months of age, not every child’s communication system develops at the same rate. Understanding the boundaries of “normal” in human biology is very hard. The same issues confront autism spectrum disorder diagnosis and classification.

Is the classification system wrong? Are we saying someone has autism when in fact they have ADHD or PDD/NOS etc.?

Frankly, it might be true. What we have been trying to do as a health care profession is trying to tease out the similarities among different people’s behavior (who are by the way constantly changing) and understand when these differences are severe enough to require some sort of help and extra support. It is not easy and clearly the classification system is still very inadequate. Yes, it is true that we are diagnosing more and more mildly affected children and giving some of them labels. In doing such, we are also detecting younger and younger children and providing them with earlier interventions that we think decrease their severity. Nevertheless, the best therapies available today do not work for a significant group of children and adults.

In a fascinating study published this year from South Korea1, when a high risk population of 7 – 12 year olds (high risk means their equivalent of special education) was evaluated using the same current diagnostic criteria, about 65% were classified as Autistic Disorder versus 21% other ASDs (PDD-NOS and Asperger Syndrome, both subtypes are generally less severe). But when they looked at the non-specially supported population of youngsters the ratio reversed with 16% Autistic Disorder and 45% with other ASDs. When one adds up those numbers suddenly the prevalence of Autism Spectrum Disorders jumps from the usually quoted US prevalence of 0.9 % (same as 1in 110) to 2.6% more than double the prior prevalence estimate. Does this really mean that we have been under estimating the number of children who have ASDs? Or does it mean that those children identified as having milder forms of ASDs such as Asperger Syndrome or PDD-NOS don’t have significant problems and should not be counted? I cannot answer that question, but I certainly do care for a large number of children who have an Asperger’s Syndrome or PDD-NOS diagnosis who have enormous difficulties in terms of how they function.

So, what are we to do with this apparent dilemma of possible over diagnosis, possible misclassification and possible under diagnosis (especially to disadvantaged populations)?

The answer continues to be “the best we can do”. The classification system, also known as the Diagnostic and Statistical Manual (DSM-IV), is changing. DSM-V, coming out in a few years, plans to do away with the Asperger’s and PDD-NOS classifications, as in fact no one can agree on what those subcategories mean. The same work is going on with other behavioral diagnoses such as ADHD and bipolar disorder. We’re also trying to come up with valid severity measures to apply to these diagnoses that will allow us to more appropriately define treatments.

We are also trying hard to demonstrate what does and what does not work to help children and adults achieve their highest potentials. None of this is easy work. Nevertheless, sincere hard working health professionals and committed parents are working hard to understand how these conditions come about, how to provide adequate support and to improve the lives of all individuals with developmental differences. I hope our readers will continue to voice their views and join us in helping to figure out this important human dilemma to the betterment of us all.

4 Comments on “Why the Sharp Rise in Autism Rates?”