Why Do Kids With Autism Do That? 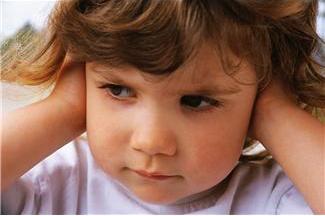 To date, our most popular blog is Why Do Kids with Autism Do That and most of the questions that Dr. Emily gets pertain to the often perplexing behaviors our kids are known for.

This week we bring back this favorite in a two part series. If it prompts a question or two on your child’s behavior, send them our way and we’ll put them in Dr. Emily’s queue!

When my kids were young, my son Justin was quite curious about the many odd mannerisms his sister with autism demonstrated.

We welcomed his questions as well as those from his curious neighborhood friends who we were determined to include in our friendly and oh-so-unconventional home. I did my parental best to offer up ideas as to why she does what she does, and thankfully they didn’t question me or ask to see the evidence behind my hypotheses.

We asked a panel of providers to give us their best answers as to why our kids do what they do. Shelley O’Donnell is an Occupational Therapist specializing in children with autism at Seattle Therapy Services. Jim Mancini is a Speech Language Pathologist and Emily Rastall is a Clinical Psychologist, both at Seattle Children’s Autism Center.

Here’s what they had to say:

Why do many kids with autism . . . Avoid eye contact

Jim: Different reasons, I think. There is a difference between kids who actively avoid eye contact and kids who haven’t learned how to use eye contact during communication. For active avoiders, I think there is a sensory component where it is unpleasant for them to make direct eye to eye contact.

Emily: One of the core deficits for individuals with autism is difficulty coordinating verbal and non-verbal means of communication. For example, while speaking to someone, a child may forget to make eye contact (which makes it difficult to know to whom the verbalization is directed). In addition, individuals with autism do not find communicative meaning in others’ eyes like the rest of us. Thus, they are not drawn to others’ eyes as information sources.

Shelley: Because of difficulty attaching meaning to the facial cues of caregivers and peers which relates to the child’s social-communication skills.

Why do many kids with autism . . . Cover their eyes/face /ears with their hands

Shelley: This could relate to many things, such as the child covering their face as a way to block out too much sensory stimuli, to self-regulate, or to express feeling scared/anxious. Many children with autism have auditory sensitivities to specific sounds, such as a fire engine, baby crying, or toilet flushing. Covering their ears is one way to lessen the auditory input.

Emily: Children with autism are often hyper-sensitive to auditory stimuli. Thus, sounds that are tolerable to us may be very loud and uncomfortable for them.

Jim: Covering ears can often become a learned behavior and may be linked to anxiety as a child becomes fearful of potential unpleasant noises.

Why do many kids with autism . . . Startle easily

Shelley: The child may have difficulty anticipating everyday events, and filtering irrelevant social and environmental stimuli. When children startle easily, the result is frequently a “fight or flight” response.

Emily: It may be sensitivity to their environments. A sound that we could tolerate may be startling to someone who is more sensitive to auditory input than others.

Why do many kids with autism . . .Echo/repeat words/phrases

Emily: One of the primary communication deficits in autism is the tendency to echo or repeat words or phrases that are heard in one’s environment. Because the brain’s “language center” has difficulty coming up with language on its own, it copies what it hears from the world around it and uses it in place of original words and sentences of its own. It’s sort of like a Rolodex of phrases that the person pulls from at any given time in the day.

Jim: Repeating words, or echolalia, is a common learning style for children with autism. Children with autism often learn language in chunks rather than creatively word by word. In addition, repeating words and phrases often serves a communicative purpose such as saying “yes” or helping with processing of information.

Shelley: Echolalia may relate to the child with autism having difficulty using more complex and spontaneous language. Echolalia can be a developmental phase and working alongside a SLP is very helpful to identify intervention strategies. As children develop more language, they may repeat phrases (e.g., from a movie) as a social initiation, or may learn to ask the same questions during conversation which helps make the interaction more predictable.

Why do many kids with autism . . .Not talk at all

Jim: Talking or expressive language development requires understanding and use of symbols. Words, after all, are simply symbols for things, actions, and concepts. Sometimes children with autism lack or have significant delays in that ability. Children with difficulty with symbolic representation often have difficulty with understanding of language and use of other communication systems (e.g. sign language, Picture Exchange Communication System). Sometimes, children demonstrate the ability to understand language but have difficulty putting sounds together to form words. This can be a result of a motor speech disorder such as apraxia of speech.

Shelley: It’s difficult to know why some children with autism do not talk or express themselves verbally. If possible, accessing alternative methods of communication, such as using gestures, pictures, typing, or a voice-output device is an important part of their social development.

Why do many kids with autism . . .Walk on their toes

Shelley: Toe-walking? This is a good question. Toe-walking may be a learned habit (many toddlers walk on their toes), or may relate to motor coordination challenges, a tight Achilles tendon, or a sensory processing difference. Toe-walking is also seen with other neurological or developmental disorders, such as cerebral palsy.

Emily: Children with autism often present with stereotyped motor movements, one of which may be walking on their tip-toes. Others hypothesize that walking on toes reduces overstimulation in the feet that can occur as a result of walking on the entire foot.

Why do many kids with autism . . .Flap their hands

Shelley: Children with autism tend to have repetitive motor behaviors such as waving or flapping their hands. This arm and hand motion may be accompanied with other motor mannerisms, such as jumping or head turning.

Jim: Repetitive motor mannerisms, such as flapping hands (but also tensing parts of their body, jumping or “dancing”) are often linked to strong emotions (such as excitement or frustration). We see similar behavior in babies who eventually “grow out” of the behavior.

Emily: These may also be self-soothing behaviors and/or attempts at regulating when what is perceived as overwhelming upset/excitement/boredom/anxiety is present.

Why do many kids with autism . . .Like to spin and jump

Shelley: Spinning and jumping are also examples of repetitive motor behaviors. When a child is spinning or jumping he/she is activating the vestibular system. The child may seek vestibular stimulation as a means to elicit “feel good” sensations and/or also to positively affect his/her arousal.

Emily: Yes, in other words, many children with autism seek sensory information or experiences from the environment (due to feeling under-stimulated). They may also use spinning and jumping as a way of regulating themselves (i.e.: when they are stressed, anxious, or overwhelmed). Spinning and jumping can help one feel regulated and “grounded.”

Why do many kids with autism . . .Have difficulty sitting still

Shelley: The child may have sensory-motor challenges, or may have difficulty with attending behaviors.

Emily: It is not uncommon for individuals with autism to present with hyperactivity and “fidgety” behavior. This is related to an executive functioning deficit that leads to difficulty regulating and planning behaviors and resisting impulses.

Why do many kids with autism . . .Fixate on certain things (such as little things – tiny photo on a big page of a book or wheel of a big toy car)

Shelley: When we think about it developmentally, children look at objects that are visually pleasing – such as rotating objects (fans, wheels, pinwheels). Fixating on certain things could also relate to visual processing, such as seeing the components of objects rather than the “whole” object, or perhaps the child has difficulty expanding play with toys and engages in repetitive play.

Emily: Individuals with autism tend to have brains that think about things over and over. They may fixate on things that they find enjoyable or may get “stuck” trying to finish a task or game. A brain affected by autism tends to be more rigid and “black and white”. So it is hard to be flexible with a number of interests and ways of thinking about things.

Why do many kids with autism . . .Not seem to need much sleep

Shelley: I wish I knew (and so do a lot of parents)!

Jim and Emily didn’t hazard a guess on the sleep issue.

Lynn (whose child has been up since 3:30 this morning): Rats! This is the one question I most wanted an answer to!

Why do many kids with autism . . .Stare into space

Shelley: Some children don’t realize they are staring – but may be “tuning out” what is overwhelming them or daydreaming about preferred interests. If the behavior is concerning, parents should consult with their pediatrician.

Emily: Individuals with autism are often very detail-oriented. Thus, they may notice details in the environment that we do not, and may get fixated on those details (thus, blocking all else out of their attention span and appearing to be “spaced out”).

Why do many kids with autism . . .Have trouble with transitions

Emily: This relates to the way a brain affected by autism works – being less flexible than other brains. When it is fixated on something that it finds enjoyable, it has a hard time “flexing” to allow for new tasks or information to come in. It needs time and many reminders to switch to a new topic.

We’d like to thank our providers for taking a stab at answering some of the more perplexing questions about why kids with autism do some of the things they do. This may help those of us who love someone with autism to describe and explain our kids’ behavior and allow others to understand them better.

2 Comments on “Why Do Kids With Autism Do That?”