Science with Sara and Karen: Prevalence of Autism in Females 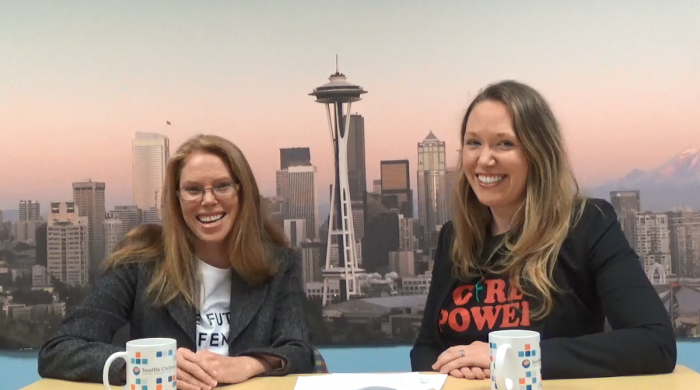 On Friday June 8th 2018, the UW Center on Human Development and Disability supported the Collaborative Research Area Biological Basis of Autism Seminar on Females with Autism Spectrum Disorder: Behavior, Brain and Genetics. Speakers included Karen Barnes PhD , Tychele Turner PhD , and myself . For this Blog, I invited Karen Barnes to join me to discuss the updated rates of autism in females as well as sex differences in autism.

Updates on Prevalence of autism

Many parents of females with autism report that their daughter’s early signs were missed or their daughter received the “wrong” diagnosis. Dr. Noa Navot, a visiting faculty from Ziv Medical Center (Safed, Israel), interviewed mothers of daughters with autism and reported on missed diagnosis. In this paper, mothers’ reporting more barriers to getting a diagnosis for their daughters[1]. An illustrative quote from one parent: “I kept asking to have her evaluated, but with her being a girl, it was even less likely that the pediatrician would refer us. I remember her saying that this is usually a boys’ thing and she is only a little different” (page 539).

In clinic, Dr. Karen Barnes often sees female with autism who are misdiagnosed. Many females receive a diagnosis of ADHD, anxiety (or social anxiety), mood disorder, obsessive-compulsive disorder, language disorder, eating disorder, or bipolar disorder before their diagnosis of autism. Clinicians are recognizing that these girls are struggling, but are not interpreting this as autism-related.

There is limited research on whether or not symptoms of autism are different in females. Research studies often require a previous clinical diagnosis, so if fewer girls are getting diagnosed, then that means they are less likely to participate in a research study. When girls with autism are included in research, they often make up less than 20% of the sample.

Despite these limitations, when scientists have directly tried to examine sex differences in autism, a few results have been consistently reported. First, females with autism (compared to males with autism) have fewer and less problematic restricted interests and repetitive behaviors[2]. In addition, the repetitive behavior may be more subtle in girls, such as repetitive play with dolls or using the same themes repetitively in play.  There may also be less unusual motor mannerisms.

Second, females with autism are more likely to report symptoms of anxiety and depression[3]. Males with autism are more likely to have more problems with aggression and irritability. Again, this is true in the general population — females (without autism) also have higher rates of anxiety and depression while boys (without autism) have more conduct problems. Given that pediatricians and teachers are more likely to notice repetitive and restrictive behaviors and conduct problems, this may be why more males get referred for an autism evaluation.

Third, females with autism are reported as having better non-verbal communication, conversation skills, and imagination abilities than males with autism[4]. Girls may be more likely to stay in close proximity to other female peers, so they look socially connected. It is important to then assess whether or not girls are simply playing near peers, or playing with them[5]. These behaviors may camouflage the social struggles of girls with autism.

The term “camouflage” has been used to describe the ability of females with autism to mask or hide social and communication deficits. Camouflage, in the context of autism, has been used to refer to the ability to use strategies to hide autism-related behaviors or difficulties. For instance, girls may imitate appropriate social skills by using memorized scripts. Many women with autism reported that camouflaging is mentally, physically, and emotionally draining and that they often needed time to recover[6].

To support females with autism, we may need to look beyond our current diagnostic processes and add additional measures to the process to help girls. This may include having an evaluation, even if an autism screening instrument does not suggest the girl warrants an evaluation. Our measurements may also need to use more gender-neutral examples so clinicians don’t bias how they ask questions about problems and assess behavior. Lastly, while all children are unique, keeping in mind a young girl’s social and communication abilities and behaviors in comparison to typically developing girls, rather than compared to boys with autism, may be helpful.