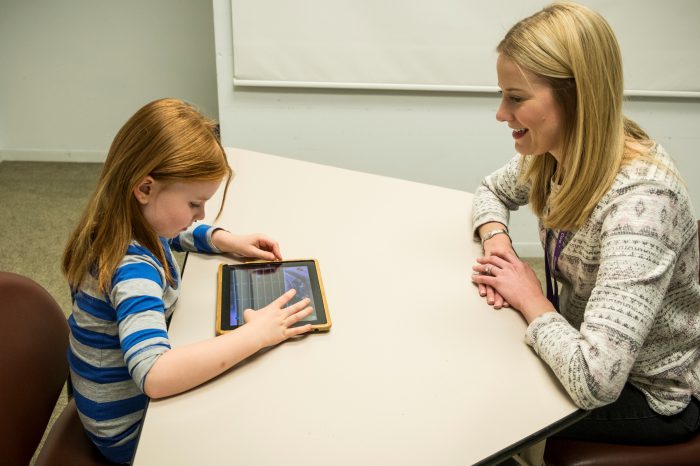 Welcome to Dr. Dimitri Christakis who joins me in writing today’s blog. Dr. Christakis is a noted expert in the effects of media use on child development and author of The Elephant in The Living Room: Make Television Work for Your Kids.

What do we know about media use in pre-school children with ASD?

A study from Thailand [1] found that toddlers with ASD started watching TV programs at an earlier age and watched more TV programs by 1 year of age compared to children with a developmental language delay or typically developing children.  When toddlers with ASD were watching TV, they were more likely to have no interaction with adults or caregivers. This is critical as most guidelines for early media to promote development note that media needs to be used interactively with adult caregivers.

Research at Seattle Children’s Hospital has linked excessive early media use (referring to watching programs) with attention problems and language delay in typically developing children[2]. In an (unpublished) study in my lab, we also found that children with ASD started using media earlier and using media more than typically developing children. Preschool children with ASD who started watching TV earlier in infancy showed greater language and communication delays. During preschool, a greater amount of time watching TV was associated with more problems with executive functioning (ie; organizing, focus, self-control) and attention. While our work needs to be peer-reviewed, it is clear that media use early in development impacts language and executive functioning, in both preschoolers with ASD and without ASD.

Why do preschoolers with ASD start watching programs at an earlier age and watch more TV than their peers?

In the US and UK, over 90% of pre-school age children are watching programs on a television or a tablet before the age of 2 years. As parents, we use media with our children when we need to do parental chores, to keep our children calm in public, while running errands, and sometimes to put our children to sleep[3]. (It is important to note that TV before bed has actually been shown to delay bedtimes and result in less sleep[4]!) I think most parents can plead guilty to using TV to give ourselves a bit of a break! But these factors are common to all families so why might preschoolers with ASD start watching TV earlier in infancy?

We also know that the average age of diagnosis of ASD is after 4 years. Thus, the toddler and preschool period is a time when many children have behavioral challenges but it is also the period wherein autism symptoms are becoming more obvious. This is combined with increased family stress during the diagnostic process and limited access to treatments. Parents who are in distress, have increased stress, are experiencing signs of depression, and watch more TV– are more likely to have children that watch more TV[7]. Thus, increased TV use may be related to emerging autism symptoms, difficulty in accessing resources, and family social-isolation and distress.

Are there any positive aspects to TV use?

There is anecdotal evidence that TV may have positive effects on language and communication in children with ASD. For example, echoed TV dialog may be a way for parents and clinicians to expand a child’s verbal capabilities. Parents report TV is an effective distractor as well as a reward for child behavior. And despite struggles with monitoring TV, parents have also reported that TV provides “balance and harmony” to their daily family interactions[8].

Does media use cause autism?

Unfortunately, this work ignores the extensive body of science that demonstrates a link between genetics, prenatal, and neonatal factors that increase the likelihood of a child developing ASD. In our work, we found no predictive relationship between media start age and any autism symptom or social ability. That is, starting to watch programs earlier or watching more programs didn’t make a child “more autistic” or have worse social skills. It is clear that if infants are watching programs, they are missing chances to learn from the world, but how that is related to autism symptoms is unclear. Future research is needed to clarify this relationship.

Where do we go from here?

First, media has become more personal – meaning we are watching more TV on personal devices with reduced family or group viewing. For children, this could be the most problematic aspect of early media use. We know that media can be beneficial (or at least neutral) when children and parents co-view. Second, there is also evidence that content matters – with an emphasis on content that is prosocial and educational. Third, newer mobile and interactive media platforms (e.g. tablets, smartphones) allow for even greater amounts of media use. Newer platforms allow for both passive media consumption (e.g. watching “programs”) but also interactive media use (e.g. playing “games”). It is unclear if interactive apps might approximate more learning or even promote interactions. For example, when children use eBooks there are features that are beneficial but also ones that are distracting and detrimental to learning [11]. Thus, we need more research to know what features of games support learning compared to those that might overwhelm, distract or confuse young children. Finally, keep in mind that parental use of devices –“technoference”—can also disrupt caregiver-child interactions.  Try not to be a distracted parent!