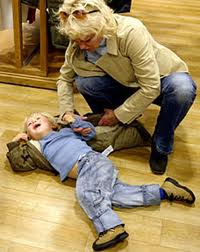 In my work with parents of children with ASD and co-occurring challenging behaviors, I often hear the following: “I feel like I am walking on eggshells, worrying that the next thing I do is going to set my child off”; “My child’s behavior feels very unpredictable; when he is set off, it feels like it is coming out of the blue,” and “All those strategies that worked with my other child(ren) don’t seem to work with her.” And parents are correct!

At first glance, their child’s behaviors appear unpredictable and explosive, which often results in parents understandably avoiding confrontations or placing demands that might set the child off. The good news is we have a lot of research supporting the use of strategies based on the principles of applied behavior analysis (ABA) to help unravel the mystery surrounding a child’s behavior and to develop treatment plans that can successfully reduce these challenging behaviors. When starting treatment with families, I ground the journey with Three Key Concepts:

When it comes to treating challenging behaviors, the starting point will always be trying to understand the purpose or “function” of the child’s behavior. To illustrate this point, consider a child who is disruptive while doing class work – making paper airplanes, talking loudly to classmates, making noises – and the teacher sends the child to the principal. This child may be disruptive because he is trying to escape from doing class work. While the teacher’s consequence is logical, it will not be effective in reducing the behavior in the future because the child succeeded with escaping from class work. Take the same exact behaviors and teacher response, but this time the function of the child’s behaviors is to get attention from his classmates. In this case, the teacher’s consequence of removing him from the classroom should help to decrease the disruptive behavior because she is targeting the correct function of the behavior – seeking attention. This is why it is so important not to just focus on the behavior when thinking of how to treat problem behavior. It is more useful to target the function of the behavior!

Creating a treatment plan is the hard work ahead, figuring out which specific strategies will address the function of the challenging behavior. As you move forward on that journey, keep in mind that any new strategy may take some time to work as your child is learning a new behavior! Consistency, predictability, and follow-through are the keys to success. Your child will learn to accept new rules when he sees you responding the same way every time.

To learn more about addressing challenging behavior from Dr. Bearss, check out her Autism 204 talk from last month.