Why Do Kids with Autism Do That?

When my kids were young, my son Justin was quite curious about the many odd mannerisms his sister with autism demonstrated.

We welcomed his questions as well as those from his curious neighborhood friends who we were determined to include in our friendly and oh-so-unconventional home. I did my parental best to offer up ideas as to why she does what she does, and thankfully they didn’t question me or ask to see the evidence behind my hypotheses.

We asked a panel of providers to give us their best answers as to why our kids do what they do. Shelley O’Donnell is an Occupational Therapist specializing in children with autism at Seattle Therapy Services. Jim Mancini is a Speech Language Pathologist and Emily Rastall is a Clinical Psychologist, both at Seattle Children’s Autism Center. END_OF_DOCUMENT_TOKEN_TO_BE_REPLACED

The Autism Blog’s One Year Anniversary

May 2, 2012  |  General Comments Off on The Autism Blog’s One Year Anniversary 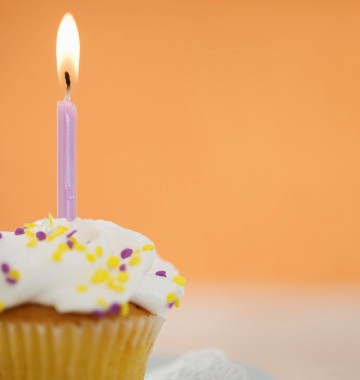 It has been one whole year since we leaped into the blogosphere and launched The Autism Blog.

We set out to provide a resource to parents, caregivers and families affected by autism. We wanted to write from our heart, but also with our head, as we know a Google search on “autism” can be so confounding and lead to so many more questions than answers. That said, we have picked and chosen the topics we covered carefully. Today we want to share with you what has been most popular (based on the number of page views) and what we hope to do in the next year. END_OF_DOCUMENT_TOKEN_TO_BE_REPLACED

Sensitivity in Terms We Use To Describe People with Autism

Do any of these scenarios sound familiar to you?

• Parents in a support group are introducing themselves and sharing a bit about their child with autism. One parent begins with this, “I have a high-functioning child; he isn’t retarded”, and goes on to describe the very challenging behaviors that are impeding his son’s activities of daily living at home and school.

• At a social gathering for parents of kids on the spectrum, one parent of a boy is observing a girl with autism. She says to the girl’s mom, “I heard that girls with autism are much lower-functioning than boys. Is that true?” END_OF_DOCUMENT_TOKEN_TO_BE_REPLACED

Metabolic Conditions and Risk for Autism

April 9, 2012  |  Research Comments Off on Metabolic Conditions and Risk for Autism

If you’ve been watching the news today you’ve probably heard something about the study out of UC Davis, released today, entitled “Maternal Metabolic Conditions and Risk for Autism and Other Neurodevelopmental Disorders”. The study looked at the link between obesity, diabetes and autism and found an association between metabolic conditions during pregnancy (diabetes, obesity and hypertension), and developmental delays. Please see what Dr. Bryan King, director of Seattle Children’s Autism Center, says are the take away messages: END_OF_DOCUMENT_TOKEN_TO_BE_REPLACED

Continued Coverage on the DSM-5

Several weeks ago Dr. Bryan King gave us an update from the front lines on how the DSM-5 would be modified. Please see his piece on CNN for continuing coverage of this.

What are your thoughts on the changes?