SPARK is an online autism research study that aims to make new discoveries and advance the understanding of autism. With over 275,000 participants, SPARK is now the largest study of autism ever. But in order to advance discoveries in autism for all individuals and families, we need everyone to join. And to find answers for you, we need to understand what makes you unique. END_OF_DOCUMENT_TOKEN_TO_BE_REPLACED

May 2, 2022  |  Autism Month, General Comments Off on Autism Supports this Past Legislative Session – Adults 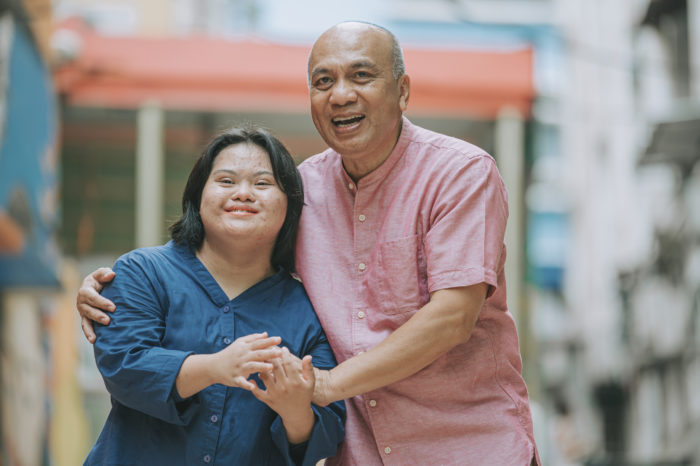 This is the second of a two-part series about how inclusion and support for autistic individuals and their families fared in Olympia this past legislative session. Part 2 provides an overview of support and inclusion for adults in our state. Part 1 addressed support for children and youth.

In 2021 we were bracing for severe cuts to disability services. Thanks to federal rescue funds and a quick turnaround from a state revenue nosedive, not only were services protected, we saw modest investment in long-term supports. Going into the 2022 session, advocates were ready to push for better access, and some legislators were ready to listen. END_OF_DOCUMENT_TOKEN_TO_BE_REPLACED 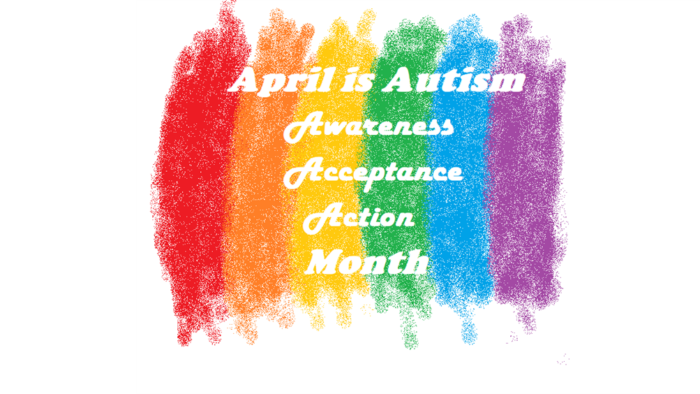 We continue our Autism Month blog series with Autism Awareness, Acceptance and Action- Autism Month from a Provider Perspective from Jennifer Mannheim, ARNP at the Autism Center.

In 2000, according to the Centers for Disease Control and Prevention (CDC), 1 in 150 8-year-olds had autism. The most recent numbers from the CDC (based on data from 2018) show that now 1 in 44 8-year-olds have autism. Here is a link to the CDC website with those numbers. So, what happened in those 18 years? This is a question many people have END_OF_DOCUMENT_TOKEN_TO_BE_REPLACED

April 25, 2022  |  General Comments Off on Autism Supports This Past Legislative Session – Children & Youth 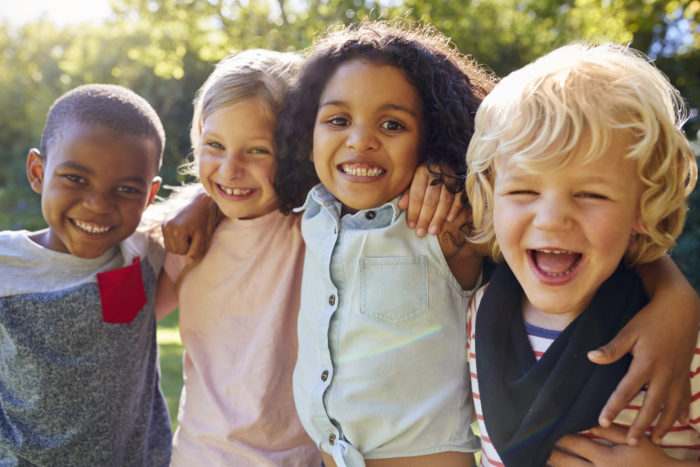 This is the first of two-part series about how inclusion and support for autistic individuals and their families fared in Olympia this past legislative session. Part 1 addresses support for children and youth, while Part 2 will provide an overview of support and inclusion for adults in our state.

So, how did we come out of Washington’s 2022 legislative session? Are we closer to being an inclusive state with ready, equitable access to appropriate supports?

April 21, 2022  |  General Comments Off on June’s Journey with Autism: A Parent’s Perspective 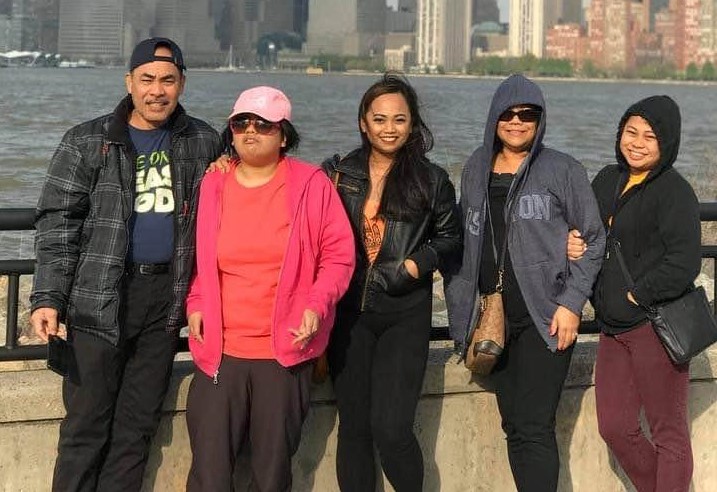 This blog recaps an interview with Estrella Gamao, a loving mom to a young 27-year-old with autism, June. Estrella shares her journey around raising June in the Philippines, her experiences learning about autism and their move to Seattle highlighting the one constant – her unconditional love and acceptance of her daughter for exactly who she is.

We have had a challenging journey with June, but June has been and will always be our first priority. We lived in the Philippines, and as her parents, we were involved in every school activity and family support group that was offered. We were 100% committed to her and her success.

June was diagnosed with autism when she was a one-and-a-half-year-old. We had never heard of autism before. I had heard that sometimes siblings develop differently and that June might just be late in development. Our first daughter was talking when she was one year old and playing with a toy basketball, but June only mumbled ‘mama’. She would walk over the edge of stairs with no fear. I asked several doctors ‘Why is my daughter so different?’ I first heard about autism from our pediatrician. Eventually, I was recommended to Dr. Alexis Reyes at the Makati Medical Center in the Philippines. After joining a six-month-long waitlist, we got a call three months later when they had a last-minute cancellation. Dr. Alexis Reyes is the one who diagnosed June.

In September of 2009, I moved from the Philippines to the United States with our eldest daughter. My husband and June came in 2012. While I was away, June had two caregivers stay with her and I supported June from afar with ongoing Skype calls. Even though we called every day, we could tell June was sad and hurt that we went without her, but I needed to go to establish our lives and find a new job. 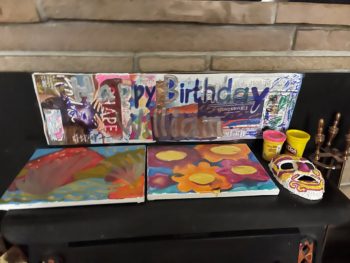 A birthday sign that June made for her father.

June’s greatest talents are in art, painting and cooking. She is great at preparing food like mac and cheese and sweet treats. June is very sweet and is never violent. She loves cooking, watching tv and is overall very content.

June is thoughtful and generous and prepares food and coffee for her father every morning before he goes to work. She likes to make food and share extras with him. She will buy cake and candles one week ahead of her families’ birthdays and celebrations. Recently, she cut out magazine pages and created a ‘Happy Birthday Papa’ sign for her father. She is very nice and sweet to her family. She is also helpful and resourceful and lets me know if something in the house is broken. She will find replacement appliances online and ask for the credit card to purchase a new one.

We are a very lucky family and are very proud of June. She is the main reason why our whole family moved to the US. We moved here because she is our priority (and also because air conditioning is very expensive in the Philippines and she doesn’t like to be hot!). 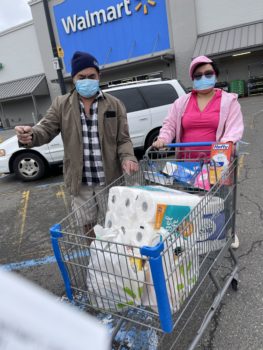 At first, accepting June’s autism was difficult for me. In the beginning, I reached out to a lot of doctors to ask for several opinions. We used to take June to the mega mall in the Philippines and June would be uncomfortable and start yelling in the parking lot. We talked with a doctor and discussed it at a parent support group, and learned that June might feel alone in a big open space. Others suggested ways we could comfort her. We started to massage her back and hug her and found that her yelling stopped when we were able to make her feel safe.

Gradually, I was able to accept my daughter and understand her in a new way.

Lots of people show acceptance by showing understanding for our family. We feel accepted when people recognize that June is autistic and say ‘no problem.’ People can also show autism acceptance by being accommodating while in public. There was a time at Panda Express when June was excited to get her food, and the man in the line was not accommodating and did not allow us to cut in line. This was a learning opportunity for us. We convinced June to wait her turn, but I believe we still need to bring both awareness and acceptance to autism, because not everyone knows about it or how a small gesture, like allowing us to cut in line, can make a big difference.

I used to feel embarrassed, but now I am numb to it. When people are accommodating, respectful and show small acts of kindness it melts my heart.

How has the Alyssa Burnett Center (ABC) helped shape June as a person? What does the ABC mean to you?

The ABC is a family for June. June says that the ABC is a home and she sings joyful lyrics about coming to the center when she wakes up for class. She is ready two hours early if she knows she has class. She is always happy and excited to come to the center. She believes in authority and can follow instructions. We hope she can continue to articulate more with her voice as she joins social classes at the ABC. Her favorite classes are . Her art skills have really improved. June likes fast music and uses Youtube to find her favorite songs to dance to. We also add in grocery runs on days when we come to the ABC and June has a routine for when she goes to QFC, Safeway, Walmart and her favorite, Red Robin.

We consider the ABC a family and friend to us. When Tammy interviewed us in 2015, we knew right away that the ABC was the right place for June. We knew that June was in the right hands and would be taken care of.

What do you hope for the future? 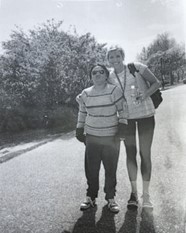 I hope that the ABC is always there for June. I want my daughter to be happy all the time throughout her life and always have support from the center. That’s all I can ask for. I also hope to find a swimming pool for June. She loves to swim. We also got her passport and hope to do some traveling. We will likely go to New Jersey to visit June’s sister, and June is currently trying to convince us to go to Las .

I also have a prayer, not only for June, but for every adult who has a disability in Washington. I pray that in the future, Seattle Children’s and ABC will be able to expand their programming to offer creative employment opportunities for adults with disabilities.  By providing unique opportunities for adults to showcase their talents through selling art, the ABC could further enrich and empower their adults. For me as a parent, I would feel comfortable and at peace knowing that our June is taken care of.