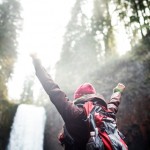 When you think of recreation for adults living with autism, what images or programs come to mind? Maybe you think of happy adults bowling, hiking or gathered at a community center craft table. Or maybe you didn’t have an image and you believe the recreation community has not caught up with the needs of the adult population impacted by autism.

END_OF_DOCUMENT_TOKEN_TO_BE_REPLACED

I often hear my colleague, nurse Jason Russo, on the phone asking, “Can you describe what his meltdown looks like?” He spends much of his day fielding calls from parents about a child’s behavior, answering questions about new medications, and acting as a liaison between medical or mental health providers and parents.

Think about all the words we use to describe our kids’ challenging behaviors: hyper, agitated, distracted, out-of-control. Yet, just as each child with autism is unique, so is the meaning of the terms we use. END_OF_DOCUMENT_TOKEN_TO_BE_REPLACED

May 5, 2011  |  General Comments Off on Seattle Children’s Hospital Welcomes Speaker, Alison Singer, on the Topic of Vaccines

April 28, 2011, Seattle Children’s Hospital had the pleasure of welcoming Alison Singer, Founder and President of the Autism Science Foundation, to speak to our providers and staff here at the hospital. The talk was also open to the public. This blog post will briefly summarize the content of the talk, titled “Talking to Parents About Autism and Vaccines”. END_OF_DOCUMENT_TOKEN_TO_BE_REPLACED

Is Autism a Mental Health Diagnosis?

When my daughter was diagnosed a dozen years ago, her developmental pediatrician referred to it as a neurodevelopmental disorder. Later I heard it described as “neurobiological”. Yet I was told there is no medical test for autism and that it was diagnosed based on observation of behavior. Still later, I read about autism as a psychiatric disorder and many of the therapies I researched were based in psychology. END_OF_DOCUMENT_TOKEN_TO_BE_REPLACED

Summer is the time for being outside and trying new activities. As with anything new, there are risks involved. A child on the autism spectrum can be particularly vulnerable to a number of safety concerns; however, summertime fun and maintaining safety can coexist.  END_OF_DOCUMENT_TOKEN_TO_BE_REPLACED