Not All Who Stare Are Mean 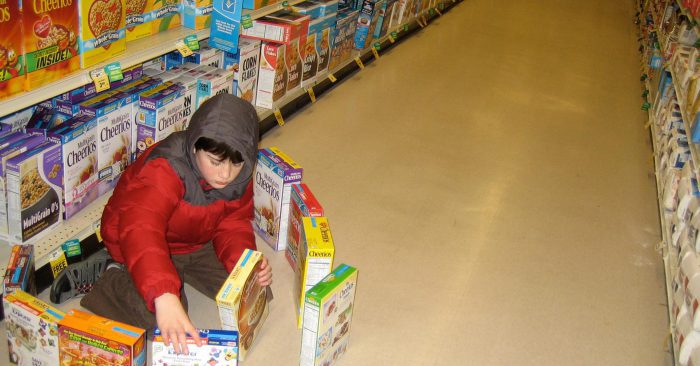 My son Arthur was diagnosed with autism at age two. He is now nineteen. When he was much younger he would often vocalize loudly, perform jazz fingers in front of his eyes, or vigorously sniff everything within a two-foot radius of his nose. On those occasions when Arthur did odd things, I found myself looking at the faces of those around us. I would see their eyes move quickly to me with looks of confusion, anger, even disgust. Fortunately, there was usually a compassionate person who gave me a look of soft kindness and a small nod as if to say, “You got this.”  I love those people.

Yes, odd behaviors can be embarrassing, like one afternoon at the bank many years ago.  Arthur broke free from my hand and beelined straight toward an older woman in gleaming nude nylons.  I do not think Arthur had ever seen shimmering legs before and he needed to touch those legs…and he did which caused her to shriek loudly, drop her purse, and cling to a post in horror.  As I helped her regain composure, I attempted to tell her Arthur was autistic, he has difficulty controlling his actions, and that her shiny legs were a sensory feast.  Her response, “I don’t care if he’s artistic, he needs to control himself.” I did not correct her (sorry all you artists out there) however I did hand her an Autism Wallet Card I carry for these instances (see below).  The card is not meant to be an apology but rather an attempt at informing, changing perceptions, and a request to seek understanding instead of resorting to anger or fear when faced with difference. I know it’s a lot to ask when someone is breaking power social norms intended to maintain civility but imagine if it were your child—or if you had those unstoppable overwhelming urges.  Would you rather be kept at home or given the opportunity to participate in your community and learn these complex social rules–even at the occasional risk of grabbing a sparkly leg or two?

After years of people starring at us, I’ve become a professional ignorer. I care about you as a fellow citizen but sometimes I do not have the bandwidth to tend to your uncomfortable state. Other times, I make the call to explain that this is what autism looks like for some people with ASD and isn’t he great?  Rather than assuming worst intentions or barking at the person who is starring at us, I have come to view this as an opportunity to education and change perceptions. I know that most people who stare at us are just curious, confused, and some even want to help. Not all who stare are mean.  If my son is acting odd but no one is getting hurt and property is not being destroyed, then let’s just live and let live. If he is acting in ways that are unsafe to himself or others, I will not be handing you the Autism Wallet Card or explaining behaviors associated with autism; I’ll be focusing Arthur. He needs and deserves my full attention in these moments.  Your offer to help, your concern, or clearing the path as we seek an exit is what we really need.

Despite the years of practice, I’m not completely immune to a cold stare. The disapproving looks still impact me.  Sometimes I feel sad knowing Arthur is being viewed as a problem when he is one of the most exceptional people you will ever meet. A missed opportunity. Other times I feel scared thinking someone will view his odd behavior as criminal and the police will be called.  And quite often I find myself laughing. How can you not laugh when you are in a quiet waiting room and you hear a grown man voice tell the stuffed Winnie the Pooh bear to put some pants on?

Thank you, Arthur. I’m guessing it’s hard for you sometimes too, but please know many of us love and appreciate you just the way you are and you help us all expand the definition of what it means to be normal.

Arthur has given consent for me to talk about him for this blog and other public forums. Consent is a tricky concept to explain to Arthur so I used a unique approach to seek his permission and he said yes. Thank you Arthur.

5 Comments on “Not All Who Stare Are Mean”