How to Dance in Ohio 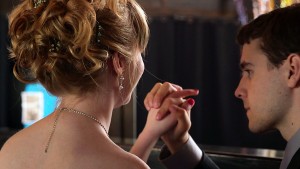 A few nights ago I had the chance to attend the Seattle premier of the documentary film How to Dance in Ohio. What a treat! The film, set in Columbus, Ohio, follows three young women with autism as they prepare for an upcoming spring formal. The formal is a planned opportunity for the girls and other group members to practice everything they have learned throughout a 12-week social skills therapy group. The film takes us through some celebrated rites of passage many young people encounter as well as a look at what transitioning to adulthood looks like for these young women. I was invited to meet the director, Alexandra Shiva and producer, Bari Pearlman, to find out more about the making of this lovely film that is sure to leave you feeling close to the characters as they navigate their fears and worries of the unknown bag that is ‘growing up’.

When asked why make a documentary about autism, what impressed me most, was the filmmakers’ ability to see that this was a film about one slice of autism. The documentary very clearly marks that the social skills group the film follows is made up of individuals with high functioning autism. The clients in the group are verbal, some attend a junior college, some have a part time job, and some are navigating romantic relationships. Shiva, even explained that originally they had set out to tell the story of a young woman named Lucy (for whom the movie is dedicated to), a woman more severely affected by autism, who is not verbal and will require lifelong supports. The dilemma that Shiva and her team ran into was that they couldn’t find a way to tell Lucy’s story from Lucy’s point of view—only from her parents or therapist’s view.

Changing gears, the team was put in touch with Dr. Emilio Amigo in Columbus, where they learned about his program and how his social skills groups were working up to a spring formal. And so, How to Dance in Ohio came to fruition—documenting these young adults on the spectrum as they navigated an iconic rite of passage—a first dance.

When you watch the film (and I hope you all do!) you will meet Jessica, 22, Caroline, 19, and Marideth, 16, as well as their families and trusted psychologist, Emilio Amigo. Dr. Amigo played a critical role in helping the filmmakers navigate the process with his clients and their families.

“We started the process of making this film by talking it through in great detail with the psychologist – it was very important that he understand what filming was going to look like and make sure we would not impact treatment negatively. From there we spoke with the clients and their parents in a “town hall” meeting to answer as many questions as possible and to address their concerns,” explains Shiva.

Some people wanted to be more involved than others and the filmmakers were able to honor those requests, “They shared with us why they wanted to participate and overwhelmingly it was that they wanted their particular experience to be known to others.”

Jessica and Caroline dress shopping with their mothers.

The film is able to capture the nervousness of asking someone to a dance and the confusion of rejection. It captures the unfairness of having a boss that doesn’t understand you, but the pride that comes from having a job. It captures the joy beaming from these mothers as their daughters twirl in sparkly, sequined gowns and the confidence of Jessica, who declares about one dress, “It kind of looked like a dud on the hanger, but Hey, it looks great on me!”

Filming captured hundreds of hours of footage, and I have no doubt that when Shiva and Pearlman say cutting the film down to 88 minutes, was the hardest part of making this documentary, they mean it. In our interview they shared they had worried the film might let someone down or not honor someone the way they wanted it to. But after the Seattle premier, Shiva and Pearlman joined Seattle Children’s developmental pediatrician, Dr. Charles Cowan on stage for a Q &A session where they proudly shared that all the young women had approved of the final product. Even Marideth, who describes socializing as ‘work’ and perhaps least enjoyed the process, was able to look back and say, “Okay, it wasn’t that bad.” 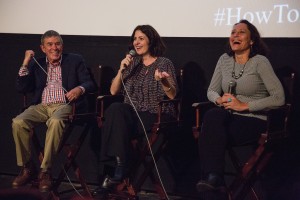 What the film did so beautifully, and I think audience members would agree, is they were very deliberate with their intention to film this documentary in a way that showed what challenges are common to the human condition. The film takes a candid look at so-called outsiders, but leaves the audience feeling entirely connected to the young women and the challenges they face. A message comes of through unity and dignity, rather than judgment and difference. Please make the time to watch when it premiers today, Monday, October 26, on HBO.