From Freeways to Antidepressants- Cautionary Tales of the Causes of Autism 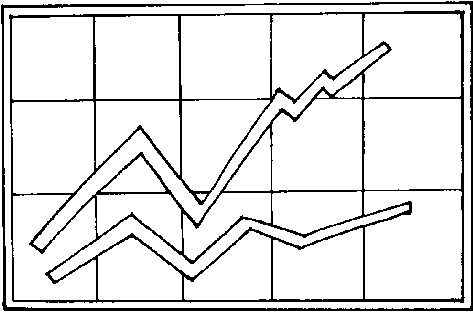 It seems a month doesn’t go by without an article in the news highlighting some research study that has discovered a new risk for developing autism.

Just within the last year, published research articles in reputable scientific journals have correlated everything from antidepressants and paternal age to closely-spaced pregnancies and living in close proximity to freeways as associated with an autism diagnosis.

After the lay press editorializes and sensationalizes the findings, the correlation study has been converted into wording that implies causation.

So many of us rely on popular news distributors as our source of breaking scientific studies. What is wrong with that? Isn’t it a good thing when the popular press highlights a scientific journal article related to autism? I would say yes, BUT one must be cautious when reading these lay-press articles. I would argue two major problems stem from using “Google University” as our primary source of medical knowledge. The first is related to medical science and epidemiology, and the second is related to selling news.

Problem #1 – Correlation does not imply causation. This is a phrase used in science and statistics reminding us that a correlation between two variables does not automatically imply that one causes the other.

Epidemiologic correlation studies are rampant these days in the health sciences, and autism research is no exception. In some ways, this is not the fault of researchers. The advance of technology has allowed us to study huge numbers of patients, improving our ability in finding characteristics or events that occur together.

The problem comes when we incorrectly assume that two characteristics connected to each other are “causally” related. In other words, one of the characteristics is responsible at least in part for the other one.

Take, for example, a study used in epidemiology classes to highlight this flaw. The study showed, in some regions of the US, that as ice cream sales increase, the rate of drowning deaths increases sharply. The incorrect conclusion is that ice cream causes drowning. In this example, there is a failure to recognize the importance of time in relation to ice cream sales. In the regions studied, ice cream is sold during the summer months at a greater rate, the same time that people swim more. In other words, there is a third variable (time of year) that is responsible for both the increase in drowning deaths and the increase in ice cream sales.

Correlation studies surrounding hormone replacement therapy (HRT) demonstrate how medical doctors can also be lured into this incorrect “causation” assumption. Numerous studies showed women who were taking combined HRT also had a lower incidence of coronary heart disease. This led doctors to propose that HRT was protective against heart disease and ultimately influenced their practice habits. Later, however, prospective, randomized, controlled trials demonstrated the exact opposite – HRT caused an increase in risk of heart disease. Re-analysis of the original association studies revealed a lurking variable that had not been taken into account. Women undertaking HRT were more likely to be from a higher socio-economic group with better than average diet and exercise regimes. The use of HRT and reduced heart disease were associated purely as coincidence, both caused by an unrecognized common variable.

Both the ice cream and HRT stories are examples of a third, unrecognized variable responsible for the association of the two recognized characteristics. Other types of flawed conclusions can occur as a result of correlation studies. For instance, instead of variable “A” causing variable “B”, the reverse could be true (B could cause A). An example of this flaw is “the more fireman fighting a fire, the bigger the fire, therefore firemen cause fires.” In this example, the reverse is true – bigger fires cause more firemen to be dispatched to the scene.

Possibly the most common factors responsible for correlations found in scientific research are pure coincidence. This is probably occurring more than ever thanks to the power of statistical analysis and due to the high cost of research, reducing the number of subjects included in a study (which increases the likelihood of having two factors coincidentally correlated).

Several recent examples in autism research highlight the potential for unfounded, flawed, or premature conclusions. One such example looks at parental age and has found an association of increased paternal (i.e., father) age with the likelihood of having a child with autism. What should we conclude with such studies? If a man, don’t have kids when we are older? If a woman, don’t marry older men? Is there a third, undefined variable responsible for the association? Some have hypothesized that men more likely to marry and have children at an older age are themselves less-skilled socially and therefore it is this factor, not age itself, responsible for this observed association.

Another example is a recent study that demonstrated an association of antidepressant medication use by women during pregnancy and having a child with autism. The fear with this study is that women will assume antidepressant medication is causally related, and therefore, will discontinue the medication inappropriately. It is just as likely (maybe even more likely) that the association demonstrated in this study is a coincidence, or that the two factors (antidepressant use and autism risk) have a third, common variable responsible for the correlation.

Problem #2 – Media loves to grab your attention. An obvious point, but important to remember and highlight when we discuss autism in the news.

No doubt that the editor of the NY Times believed a title such as “Both Parents’ Ages Linked to Autism Risk” would attract more attention than the scientific article title of “Independent and dependent contributions of advanced maternal and paternal ages to autism risk.” The trouble with the lay press article is the title uses the word “linked.” Although true, the word has a sound and implied meaning that allows the reader to come to the conclusion that the parental age is causally related to the risk of autism in the child.

A more blatant example is a recent study demonstrating an association of an autism diagnosis with freeway proximity. The scientific journal article title is “Residential proximity to freeways and autism in the CHARGE study.” The LA Times decided to run its coverage of this article with the title “Proximity to freeways increases autism risk, study finds”. This title incorrectly implies that the scientific article demonstrated causation by using “increases autism risk” when it actually only showed a correlation.

Even worse is when the lay press article highlights and sensationalizes a theory based off a correlation study. An example of this is the recent study that suggested an increased risk of autism in closely-spaced births. The actual title of the journal article is “Closely Spaced Pregnancies Are Associated With Increased Odds of Autism on California Sibling Births.” In this case, Time Magazine decided to run an article related to a theory generated by this study surrounding bottle-feeding vs. breast-feeding, entitling the article “What Does Bottle-Feeding Have to Do With Autism Risk?” The theory hypothesizes that the explanation is related to increased bottle-feeding for the second child of closely spaced pregnancies. This theory is controversial and in no way widely accepted in the scientific community. In this case, by choosing a sensationalized angle on the story, has the lay press done a service or an injustice?

In conclusion, we must be careful in where we obtain our scientific knowledge these days. We can make assumptions that are incorrect and even potentially harmful when we only obtain information from correlation studies and from lay press articles. We encourage everyone to take these types of studies and articles and review them with your autism expert. There is often another side to the story.