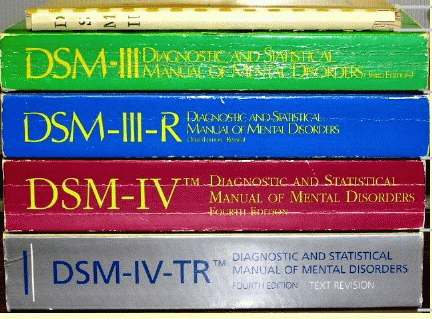 We’ve all heard the adage: “if it ain’t broke, don’t fix it”. The questions we face surrounding autism in the DSM 5 are first, is it broken, and if so, how should it be fixed? In the current system, Autism, Asperger’s Disorder, and Pervasive Developmental Disorder-Not Otherwise Specified (PDD-NOS) are treated like distinct conditions. Indeed, if a medication is FDA approved for the treatment of Autism, that approval does not extend to Asperger’s or PDD. It is not uncommon for service systems to treat these diagnoses as distinct conditions, and differentially recognize them (or not).

In the DSM IV, one of the aims of introducing a new category to distinguish the population with autism that had significant language delay from the population that did not (e.g. Asperger’s) was the hope that genetic studies would be advanced by creating more homogeneous groups to study. But over the last decade or so, we have seen that the imposition of categories on the autism spectrum is not supported by genetic findings. Instead of seeing families where all of the affected individuals have the same disorder, we are just as likely to see families where one child has autism, another has PDD-NOS or Asperger’s, and so on. We also see many examples of the same individual moving from the diagnosis of autism to PDD-NOS over time. Indeed, this fluidity across diagnostic borders no doubt contributes to the fact that expert clinicians cannot agree on the difference between Asperger’s Disorder and Autism (without intellectual disability).

The way forward that is being proposed for the DSM 5 is to formally recognize that the conditions we recognize as “autism” occur on a spectrum. Autism affects people in different ways and to differing degrees. And just like virtually everything else in medicine, it doesn’t make sense to assign several different diagnoses to the same condition simply based on the severity of its presentation.

While some individuals with PDD-NOS will get a diagnosis of Autism Spectrum Disorder with the new criteria, there is a new diagnosis, Social Communication Disorder, that is also being proposed and which may more specifically capture some of these individuals.

A more detailed description of the rationale for the proposed changes, as well as a listing of the proposed wording of the criteria for DSM 5 (and the current criteria for comparison), can be found at the DSM 5 website. You can find Autism Spectrum Disorder under the category of Neurodevelopmental Disorders.

Field trials are currently underway to see how the proposed criteria work in clinical practice. Time will tell whether the fixes being proposed are going to take, and how close they will get us to where we need to be. But ultimately this work is being done with the goal of equipping the field with the best diagnostic tools, to improve our understanding of the autism spectrum, and to move forward as rapidly and efficiently as possible in the service of treatment.