Your Voice Matters: Life with Autism

For years I have worked tirelessly to give my voice to autism, both through training providers about family-centered care and training parents to become advocates for themselves and their children.  I have always tried to capture my son Josh’s story accurately, and have struggled with feeling authentic.  Do I share my story or his?

When Josh became a teenager he no longer wanted me to share his story, so I worked at refining mine. When I was unable to do that, I stepped away from speaking publically about autism.

Our journey has been quite an adventure!  Many ups and downs and everything in between.

In January Josh decided to make a video about his struggles with autism.  He presented his story to the entire student body at a Martin Luther King assembly at his high school, Nathan Hale.  His voice speaks volumes more than I ever could.

Thank you, Josh.  I’m so proud of you!   Keep talking…your voice matters!

Parallel Paths: Our Life with Autism

Ten years ago, as a new employee in the department of Psychiatry and Behavioral Medicine, I was asked by a colleague to present with her to a group of trainees.

She was to cover diagnostic evaluations and I was tasked with discussing the impact of autism on families. How on earth would I manage to accurately capture the daily challenges that often are not observed in brief clinic visits?

My hope was to help them to “get it” meaning to see just how difficult it was.Short of suggesting we hold the session in my home for a first-hand look, I decided to make a video I called, “A Day in the Life with Autism” 24 minutes representing 24 hours in our unconventional life. It was well-received and since then I have been asked to share it with many different providers and students at Seattle Children’s and the University of Washington.

So much has changed in the past decade that it felt time for an update. This time though, I wanted to capture the bigger picture of our life and the lessons learned not only for providers but for parents who walk this path too.

Whose CHOICE is it Anyway? 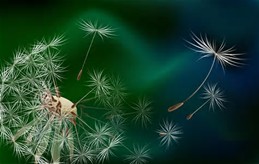 As the parent of someone with autism, being confused is not new to me. Autism is confounding for the best and brightest among us. Just ask the top researchers and providers in the field. And with few solid answers, questions abound.

Old questions persist about what causes autism and what the best-fitting treatment is for each child. It seems we’ve moved past some of the early controversy about what causes autism and have separated the “wheat from the chaff” when it comes to evidence-based treatment. With advances in genetics, we’re getting closer to being able to target treatment to a child’s unique profile.

With broadening of diagnostic criteria to include those “on the milder end of the spectrum” came new questions about whether autism is a disability or a personality difference. Some self-advocates declared themselves “autistics” and turned people-first language upside down while others voiced that their END_OF_DOCUMENT_TOKEN_TO_BE_REPLACED

A Panel of Veteran Parents – This Month’s Autism 200 Class 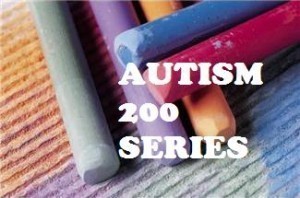 This month’s Autism 200 Series lecture “Autism 211: “If I Had Known Then What I Know Now” – A Panel of Parents of Older Children and Young Adults with ASD” will be held next Thursday, November 19th at Seattle Children’s Hospital in Wright Auditorium from 7 to 8:30 p.m. and led by Katrina Davis, family advocate, at Seattle Children’s Autism Center.

Join Seattle Children’s Autism Center’s family advocate, Katrina Davis, and a panel of veteran parents who will offer an intimate and personal look into their journey raising a child with autism. Parents will share their perspectives, experiences, challenges and joys. What helped? What did not help? What would you do differently? What advice do you have for new parents? Audience participation will be encouraged.

There is no need to register in advance to attend. These classes are designed for parents, teachers and END_OF_DOCUMENT_TOKEN_TO_BE_REPLACED

How to Dance in Ohio

A few nights ago I had the chance to attend the Seattle premier of the documentary film How to Dance in Ohio. What a treat! The film, set in Columbus, Ohio, follows three young women with autism as they prepare for an upcoming spring formal. The formal is a planned opportunity for the girls and other group members to practice everything they have learned throughout a 12-week social skills therapy group. The film takes us through some celebrated rites of passage many young people encounter as well as a look at what transitioning to adulthood looks like for these young women. I was invited to meet the director, Alexandra Shiva and producer, Bari Pearlman, to find out more about the making of this lovely film that is sure to leave you feeling close to the characters as they navigate their fears and worries of the unknown bag that is ‘growing up’.

When asked why make a documentary about autism, what impressed me most, was the filmmakers’ ability to see that this was a film about one slice of autism. The documentary very clearly marks that the social skills group the film follows is made up of individuals with high functioning autism. The clients in END_OF_DOCUMENT_TOKEN_TO_BE_REPLACED