All Articles in the Category ‘Treatment’

Programs utilizing the principles of Applied Behavioral Analysis (ABA) that focus on increasing skills in children with autism (e.g., academic skills, social skills, self-care skills) have become quite common. In addition to increasing adaptive skills, ABA can be used to decrease disruptive behavior. There is a large body of research that has shown ABA can be effective at assessing and treating disruptive behavior in individuals with autism and other developmental disabilities. It should be noted that ABA is a science rather than a specific treatment and it can be used to analyze a broad range of behaviors in individuals with and without autism. END_OF_DOCUMENT_TOKEN_TO_BE_REPLACED

What is ABA again? 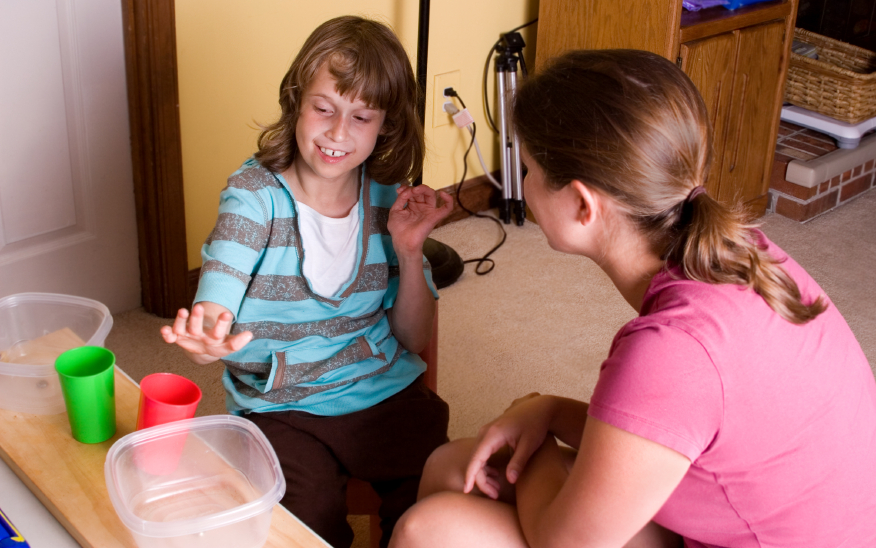 It seems that everyone is using applied behavioral analysis (ABA) in working with children with autism spectrum disorders (ASD), when in fact, we are using it all the time with each other! When we say hi to our colleagues at work and they respond in a positive way, we are all more likely to greet them again the next day. The principle of positive reinforcement is at work in this example.

When ABA is used while working with children with ASD, it is sometimes confused with a specific type of program, such as discrete trial training (DTT). It is important to understand that ABA is a framework for the practice of a science and not a specific program. That is, ABA is a set of principles that guide how we all change our behaviors based on events that happen in our environment. These principles often impact learning. END_OF_DOCUMENT_TOKEN_TO_BE_REPLACED

Treatments Used With Individuals With Autism

These are just a few of the acronyms for a growing number of treatments used with individuals with autism.  If you recently received a diagnosis for your child you may have searched the internet and found a bewildering array of possibilities. Even if it has been years since your child’s diagnosis, you probably hear about new treatments and wonder if you should give them a try. END_OF_DOCUMENT_TOKEN_TO_BE_REPLACED

July 6, 2011  |  General, Treatment Comments Off on Separating the Wheat from the Chaff- How to Decide on Treatments and Therapies for Your Child

As a parent, you have likely read books or heard stories of children who “recovered” from autism or made significant gains using a particular treatment. These anecdotal (based on personal observation, rather than scientific investigation) reports can be both a blessing and a curse as they inspire hope, but may also lead to disappointment when they fail to provide the hoped for results. We don’t yet know the cause(s) of autism; therefore, there is no definitive treatment protocol. What seems to work for one child may not work for another.

With 1 in 110 children diagnosed today, autism is in the news more and more. You may have seen recent news coverage on several articles in the Journal of Pediatrics that looked at studies of the efficacy (effectiveness) of treatments for autism and concluded that that there was little to no evidence that the treatments evaluated were effective for children with autism. But the brief news blast didn’t report the entire summary of the studies. Bryan King, MD, psychiatrist and director of Seattle Children’s Autism Center, points out that “The absence of evidence does not mean that treatments don’t work. I believe the lack of evidence points out the need for more information.”

END_OF_DOCUMENT_TOKEN_TO_BE_REPLACED

What If The World Ends? When the Media Causes Anxiety in Your Child With Autism Seattle Children’s recently received a tweet from the parent of a child with autism asking about strategies for support when the news makes their child anxious. This question comes up frequently in our clinic. The following general tips may be helpful. As usual, they should not be viewed as clinical advice and should not replace advice from your mental health or medical provider. END_OF_DOCUMENT_TOKEN_TO_BE_REPLACED