All Articles in the Category ‘Safety’

Children with autism display a variety of unique behaviors. Some behaviors charm us. One upstanding character I met last week proudly reported that he’d memorized all of the U.S. presidents plus special facts about each one. Then he proceeded to tell me 3 facts about 3 presidents. Other behaviors are not so charming and can be disruptive and dangerous. Two particularly daunting behaviors families affected by autism contend with are pica and elopement. Pica refers to the ingestion of non-food items. Elopement occurs when a child runs or wanders away from safe, supervised environments. Why do these behaviors occur and why are they so difficult to treat?

This is the first of a 2-part series for families tackling these difficult behaviors. Starting with pica, we’ll cover the END_OF_DOCUMENT_TOKEN_TO_BE_REPLACED

Common Questions about Medication and Autism

May 28, 2014  |  General, Safety, Treatment Comments Off on Common Questions about Medication and Autism

1) Is there a particular medication or medications to treat autism (to address the core deficits of autism)?

No, currently there is no medication that treats the core deficits or characteristics of autism spectrum disorder (ASD), (such as speech delays, poor social skills, repetitive behaviors). Medication is aimed at reducing associated symptoms (such as hyperactivity, impulsivity, inattention, anxiety, depression, irritability, tantrums, aggression, self-injury) that interfere with functioning.

2) How is the decision made to try medication?

The decision to try medication should be made carefully and involve thorough discussion and assessment. The first step is to identify the target symptoms and determine their impact on daily functioning. If the symptom/behavior is new, it is important to first rule out a medical cause for the behavior (such as illness, headache, constipation, reflux, END_OF_DOCUMENT_TOKEN_TO_BE_REPLACED 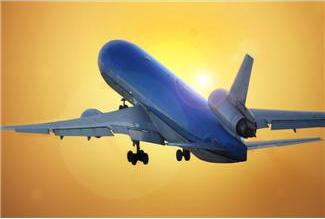 Whether you are travelling near or far this holiday season, here are some helpful tips to make travelling with your child with autism successful from Seattle Children’s Autism Center behavioral specialist, Ron Thomson.

• Emergency fact sheet: This is a document that is carried in a secure spot, often with other travel documents. A typical format is an 8.5″ x 11″ piece of paper (perfect for slipping into a clear sheet protector) that contains essential information. Common information to be included is name, contact information, diagnosis, pertinent health END_OF_DOCUMENT_TOKEN_TO_BE_REPLACED

Emergency Preparedness & Your Child with Autism

October 31, 2013  |  General, Safety Comments Off on Emergency Preparedness & Your Child with Autism

There are a number of scenarios that my brain automatically refuses to consider and if I was the superstitious type, I’d believe that I’m about to jinx things by now naming some of them. Of course, they all have to do with my child with severe autism and the scariest ones have to do with situations that arise out of nowhere, with little time to respond, such as an earthquake or other natural disaster.

Life has a way of giving us reminders, both big and small about the wisdom of planning ahead for such things. Hurricane Katrina’s effect on my family in New Orleans was a big one. With their house under eight feet of water, they found themselves displaced for months and while it was hard on everyone, it was particularly so for my nephew with special needs. END_OF_DOCUMENT_TOKEN_TO_BE_REPLACED

Autism and a Trip to the Grocery Store

My son has autism. His name is Arthur and he is 13 years old.

I have found over the years that my life shrinks and expands in direct proportion to what kind of day my child is having. And nothing causes my world to contract more drastically than a disastrous outing to the grocery store with Arthur. The vibrant colors and overwhelming choice in the mustard section alone can be overwhelming for me. Imagine how the cereal aisle must be for Arthur.

When Arthur is in sensory overload, confused or frustrated, he becomes dysregulated. This can translate into a screaming, pinching himself or others, bolting toward exits, or knocking over displays. How do other shoppers tell the difference between a child with a disability behaving in a way that is consistent with his or her diagnosis or an out-of-control bratty kid with lazy parents?  They can’t and I experience the disapproving glares and the “tsk-tsk” to prove it.