May 22, 2018  |  General, Research Comments Off on Autism Research Series: Discovery to Solutions

As part of the research discovery series, Autism Speaks is presenting Discovery to Solutions, which involves a panel of scientists moderated by Autism Speaks’ Dr. Dean Hartley, Senior Director, Genomic Discovery, and Translational Sciences. Panel members include our own Dr. Mendy Minjarez and Dr. Raphael Bernier.

END_OF_DOCUMENT_TOKEN_TO_BE_REPLACED

May 4, 2018  |  General, Research Comments Off on SPARK For Autism – Camping Themed Research Day!

We would love to have you come join the fun and participate in autism genetics research! The SPARK and PANGEA studies are exploring genetic differences related to autism. Families who attend the family fun day will be able to complete study participation for one or both studies in a single day!

END_OF_DOCUMENT_TOKEN_TO_BE_REPLACED

Science with Sara – Ultrasound and Autism

April 9, 2018  |  Research Comments Off on Science with Sara – Ultrasound and Autism

A recent article published in JAMA Pediatrics (2018; Associations of Prenatal Ultrasound and Autism Spectrum Disorders[i])  has re-drawn attention to ultrasound as a potential factor that may cause ASD. My colleague Dr. Pierre Mourad and I want to take a moment to highlight some thoughts about this research.

END_OF_DOCUMENT_TOKEN_TO_BE_REPLACED 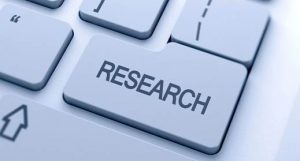 One of the biggest challenges parents face after receiving an autism diagnosis is what their child’s treatment plan should include.

Taking into consideration the time, money, effort, commitment, and hope parents place in any number of therapies and interventions, providers are still unable to reliably predict which treatments will be effective for which children.

This often leads parents to simultaneously employ various treatment options without any assurance that they have a good fit for their child. We’ve reported that there are current studies underway toward this end and want to share one such study with you today.

The researchers wanted to know if they could predict which children would show improvement with the PRT treatment by looking for neurobiomarkers – measurable objective characteristics in the brain. They did indeed identify a number of characteristics in brain regions associated with social information processing and social motivation that predicted the success of PRT.

This study is a step towards being able to answer the question: How do we know if a child will respond to treatment?  Having the ability to predict whether a child will respond to a particular treatment will allow for the child to receive the intervention that they will most likely respond to, which will save families resources, time, and frustration.  It also allows for treatments to be analyzed and possibly distilled down into the core features that make them successful for children, increasing a treatment’s effectiveness and usefulness to families.

A copy of the original study can be found here. 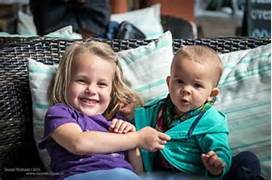 While kids (and their parents) were making Valentine’s Day cards last week, a paper was released in the prestigious journal, Nature that garnered some attention in the media.

The paper reported the results of a very large, longitudinal imaging study of younger infant siblings of children with autism. The study is the result of several years of work by a research network, called Infant Brain Imaging Study (IBIS), which is directed by Joe Piven at University of North Carolina, and includes several scientists around the country, including scientists here in Seattle at the University of Washington.

The scientists first used magnetic resonance imaging (MRI) to scan the brains of almost 150 infants, 106 of which have an older sibling with ASD. These infant siblings are 20 times more likely to get an ASD diagnosis than a child in the general population. The scientists measured brain volume and surface area using MRI when the children were 6, 12, and 24 months of age and conducted a diagnostic evaluation when the children turned 2 years old.

Of the 106 infant siblings, 15 received an ASD diagnosis at 2 years old. Those that were diagnosed with ASD had brain surface area that grew much faster between 6 and 12 months, then had overall brain volumes that increased faster between 12 and 24 months of age.

Using complicated statistics, called machine learning, they then looked at brain scans collected from additional baby siblings for whom the diagnosis was known. They then looked back at the scans collected from those baby siblings at 6, 12 and 24 months and used these brain growth patterns to classify which infants would have ASD and which would not. The statistical algorithm correctly predicted an ASD diagnosis for 81% of the infant siblings.

The study provides insight into neural changes that seem to be occurring in young children who go on to develop ASD. However, there isn’t any evidence to suggest this pattern of growth applies to all children who develop ASD. So, for parents, it’s important to know that the predictions were based on data from infant siblings of children with ASD. As such, it’s unclear what the implications are for families without a child with ASD already.

Finally, using brain scans as a screening tool for ASD is unlikely to be adopted given the practical challenges of using MRI with infants. In fact, only 1/3 of the infants in the IBIS study were able to complete the brain scans at all 3 ages.

Science moves forward incrementally. This study is an important step. The next step is to more clearly understand this rapid-growth phenomena.