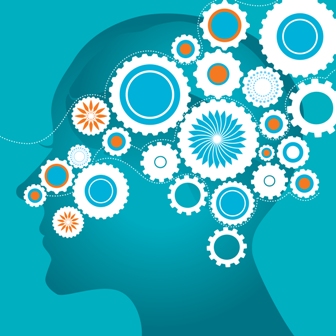 When entering the world of autism, whether as a parent or a provider, a number of questions immediately come to mind. From the parents’ perspective, questions such as “what caused my child’s autism” and “will my child be happy as an adult” are usually at or near the top of the list. From the perspective of the provider, we often fall well short of being able to provide adequate answers. It is understandable that saying “we don’t know the cause of your child’s autism” doesn’t exactly instill confidence in us as physicians or psychologists. END_OF_DOCUMENT_TOKEN_TO_BE_REPLACED

June 10, 2011  |  Behavior, Research, Videos Comments Off on Highlights from IMFAR and Current Findings from Controlled Treatment Studies in Autism

The International Meeting for Autism Research (IMFAR) was recently held in San Diego from May 12-14 by the International Society for Autism Research (INSAR). In one of many research symposiums, recent findings from multiple randomized controlled trials of autism treatments were presented. The methodology used in randomized controlled trials requires substantial resources to develop strong study designs that have often not been used in autism research. Therefore, the research presented in this symposium was quite exciting, as it begins to address many of the current gaps in knowledge that have occurred due to the previous use of study designs that are not well controlled.  END_OF_DOCUMENT_TOKEN_TO_BE_REPLACED

What’s in a number?

Why does it seem so hard to figure out how many people have autism spectrum disorders (ASDs)? Those of us who have followed the various studies over the past 20 years are amazed and sometimes quite confused by the rising prevalence rates. Is there a worsening “epidemic” of autism cases? Are our children getting sicker and sicker? Two studies recently published may provide some clues to this puzzling problem. Before reviewing these new studies, a few words are in order about the dilemmas inherent in the strategies used for counting people with autism. END_OF_DOCUMENT_TOKEN_TO_BE_REPLACED

An Intro to the International Meeting for Autism Research

June 1, 2011  |  Research Comments Off on An Intro to the International Meeting for Autism Research

“a scientific and professional organization devoted to advancing knowledge about autism spectrum disorders (ASD), including autism, Asperger’s syndrome and Pervasive Developmental Disorders-Not Otherwise Specified (PDD-NOS). The Society’s main role has been to run the International Meeting for Autism Research (IMFAR), which is an annual scientific meeting to exchange and disseminate new scientific progress among ASD scientists and their trainees. INSAR also recently launched a new peer-reviewed journal, Autism Research.” END_OF_DOCUMENT_TOKEN_TO_BE_REPLACED