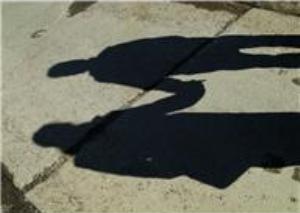 Part 3 in our series on Autism and Family Life

For a dozen years I’ve heard the statistic that 80% of parents of children with autism divorce and for a dozen years I’ve tried unsuccessfully to find the purported study. I did, however, locate studies whose findings provide evidence that the 80% divorce rate is an urban legend. 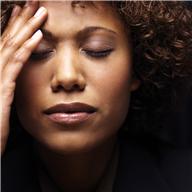 Part 2 in our series on Autism and Family Life

With a global picture that seems to get tenser every day, is there anyone on the planet who doesn’t feel it?

Science tells us that a certain degree of it can be a good thing. It’s what allows us to grow stronger emotionally, cognitively and physically. Often things that make us feel a bit anxious are the ones that nudge us out of our comfort zone to trust our instincts, test our limits, take a chance. END_OF_DOCUMENT_TOKEN_TO_BE_REPLACED 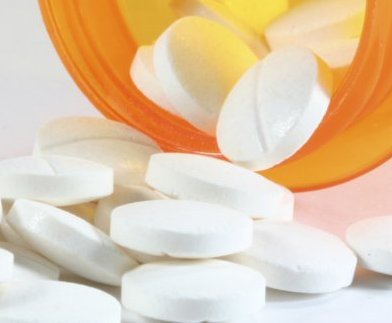 You may have heard the exciting news about a drug being studied that shows promise in treating social withdrawal behaviors in children with Fragile-X and potentially autism. We wanted to find out more information about this drug arbaclofen (or STX209) and its effects on Fragile-X, so we sat down with Bryan King, M.D. and Director of Seattle Children’s Autism Center and Department of Child and Adolescent Psychiatry. Dr. King has been consulting with the pharmaceutical company that designed this drug and leading its trial at Seattle Children’s.

theautismblog: What is the relationship between Fragile-X Syndrome (FXS) and autism?

Dr. King: Fragile X Syndrome is a disorder associated with a specific gene defect. The product of the gene is a critical regulator of brain activity, and children with this disorder typically have significant cognitive and behavioral difficulties. In some studies, as many as 40% of individuals with FXS have an autism spectrum disorder. Since the underlying brain processes are being uncovered in FXS, and because of the overlap with autism, drugs that target FXS are of tremendous interest.

END_OF_DOCUMENT_TOKEN_TO_BE_REPLACED

A Visit from Dr. Lord and an Autism Diagnosis Summit

June 21, 2012  |  Research Comments Off on A Visit from Dr. Lord and an Autism Diagnosis Summit

Two weeks ago, Seattle Children’s hosted Dr. Catherine Lord, Director of the Center for Autism and the Developing Brain, a subsidiary of Weill Cornell Medical College and New York Presbyterian Hospital. During her visit, she toured the Seattle Children’s Autism Center, met with providers and gave several talks.

Well known and respected in the autism community, Dr. Lord “renowned for her work in longitudinal studies of social and communicative development in ASD. She has also been involved in the development of standardized diagnostic instruments for ASD with colleagues from the United Kingdom and the United States (the Autism Diagnostic Observation Schedule (ADOS) an observational scale; and the Autism Diagnostic Interview – Revised (ADI-R) a parent interview), now considered the gold standard for research diagnoses all over the world.” END_OF_DOCUMENT_TOKEN_TO_BE_REPLACED

What Was Trending at IMFAR 2012 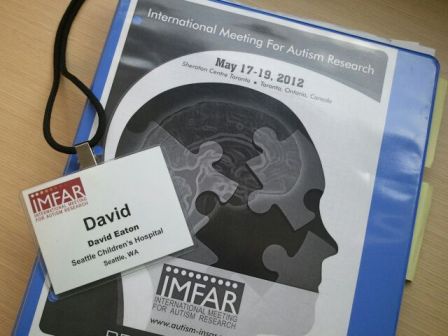 To give you an idea of the content at IMFAR, one of the organizers, Dr. Stephen Scherer, introduced the conference by saying that a lot of the information presented was unpublished, but certainly will lead to publication. This makes it very exciting, but also forces us to buffer our excitement and understand that so much of this research is in its early stages.