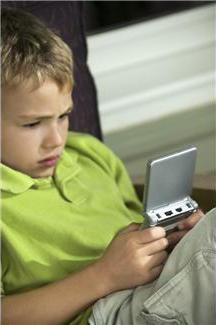 Dr. Shattuck, of Washington University in St. Louis, sampled 1,000 study participants who had ASD and found that 41% indicated a level of screen time that would qualify as ‘high user’. The results of the study are telling: “Given that only 18 percent of youths in the general population are considered to be high users of video games, it seems reasonable to infer based on the current results, that kids with ASDs are at significantly greater risk of high use of this media than are youths without ASDs” (Shattuck, 2012).

We can certainly infer why children with ASD would have a higher proclivity towards video games and TV than their peers. There is a repetitive and predictable interface. It is also highly customizable to interest; if a young person has an interest in historical trains, there are thousands of You Tube clips to peruse. Again and again and again. In addition, digital media produces visual and auditory engagement and stimulates neural pathways. For many children and adolescents with ASD, those neural pathways are not always stimulated by face-to-face interaction. In fact, face-to-face interaction can often produce anxiety for these young people. Digital media is therefore a safe and predictable place to engage. Many of my adolescent clients have indicated to me that while they do not have any friends in their school, they do have a lot of online friends.

As a community of professionals and providers, what is our response? Many have speculated that digital media should be embraced as a treatment tool or a behavior incentive for those with ASD. The thinking is that if it engages young people in this population so well, we should use it. This approach makes sense for those who are more profoundly impacted by Autism. Electronic devices have given voice to countless individuals who otherwise would experience verbal isolation.

For others on the spectrum, the embrace of digital media as a treatment tool is misguided. Simply stated, screen time should never be used as a behavior incentive. It is an approach that does not work for neuro-typical peers, why would it work for our client population? I have spoken to my colleagues about this issue for years and there is widespread agreement that screen time should be consistent and should not be tied to behavior. It is very easy to incentivize behavior with screen time access, but unfortunately it creates a false reward system. The intrinsic pride of achieving a good academic grade is more important than any concrete reward (i.e., screen time) a student might earn. This client population will need more assistance in building internal motivation than their peers. The use of digital media as a treatment tool or behavior incentive is a hindrance to their growth and maturation.

As screen time is so alluring, parents need to take concrete steps to create limits and structure. Below are some strategies for managing screen time access for young people with ASD (these strategies are equally relevant to their neuro-typical peers).

Digital media is compelling and very pervasive, but it demands our respect and a concrete approach. As a new dad, I am certain that I will fail to heed some of my own strategies. But that doesn’t mean I shouldn’t try.

3 Comments on “Autism and Screen Time”