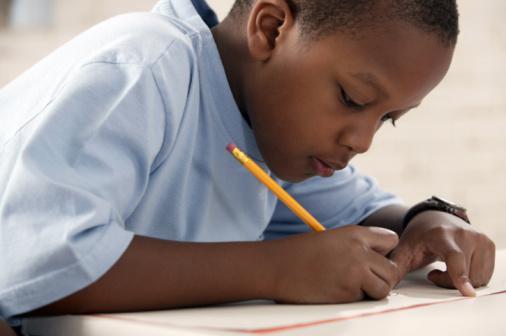 An interview with Kelly Herzberg, MEd, CSP (Kelly has a Masters Degree in Education and a Certified Specialization in Psychometry.)

We get many questions from parents about the various clinical tools used in the evaluation of autism spectrum disorder. In today’s blog, Seattle Children’s Autism Center psychometrist, Kelly Herzberg, gives us some answers.

IQ is the abbreviation for Intelligence Quotient. Intelligence Quotient is a score that is obtained from one of several standardized tests that have been created to evaluate human intelligence. These standardized tests are administered and scored in a consistent (standard) way by a specially trained provider. The tests help us learn what information a child can understand and what concepts still need to be practiced. They also can help predict how well and in what ways a child can learn.

It is important to keep in mind that a high IQ score does not necessarily guarantee success and a low IQ score certainly does not dictate failure.

2. Are cognitive testing and IQ testing the same?

Cognitive testing and IQ testing are generally the same. People typically think of IQ testing in a very specific (and sometimes negative) way, so most providers in the field of psychology refer to this type of testing as cognitive testing. And although we use the terms interchangeably at the Seattle Children’s Autism Center, there is a slight difference. IQ tests evaluate general cognitive abilities such as verbal comprehension, perceptual reasoning, working memory and processing speed. Cognitive testing can include the assessment of other types of cognitive processes such as attention, memory, planning, and organization. These types of cognitive tests are called neuropsychological assessments. We do both types of testing at the Autism Center based on the specific needs of each child.

3. Is a child ever too young to have reliable cognitive testing done? What’s the youngest age at which scores are reliable?

When a child is below the age of 2 years, 6 months, the standard way to evaluate their abilities is through a developmental assessment. This means that children will be asked to do certain motor and communication tasks based on their age. For example, as an infant, do they track movement appropriately with their eyes? As a toddler, do they grasp and stack blocks? These tasks help to determine a child’s developmental history and potential trajectory. Beyond 2 years, 6 months, there are other appropriate, reliable and even fun tests that can be administered to understand a child’s level of cognitive functioning or IQ score.

4. Why do some, but not all children receive cognitive testing as part of their evaluation for autism?

Cognitive testing is not a routine part of our assessment for autism. It is one more tool that providers can use to help inform an accurate diagnosis and recommendations.

5. How is a non-verbal child tested?

There are various assessments that are specifically designed to evaluate children who are non-verbal. These assessments include activities that can be performed with pointing and other gestures. Instructions are also delivered with standard and reliable gestures (and sometimes words) to ensure that the child understands each task.

6. What is considered “normal” IQ?

Each IQ test is a little different and score ranges vary slightly, but in general, a “normal” IQ score is referred to as a standard score roughly between 80 and 120. The average IQ score is set at 100 with a standard deviation of 15. Scores between 80 and 90 reflect a low average performance and scores between 110 and 120 reflect a high average performance.

7. What is considered Intellectual Disability?

8. What percentage of children with Autism Spectrum Disorder (ASD) also have ID?

Current estimates of the rate of intellectual disability (IQ below 70) in individuals with ASD are at approximately 40% with higher rates of comorbidity (ASD and ID occurring together) observed in girls with ASD (ADDM, 2009; Baird et al., 2000; CDC, 2007; Chakrabarti & Fombonne, 2001).  These estimates differ from earlier estimates published between 1966 and 1999, reviewed by Fombonne (1999), which ranged from 44 percent to 100 percent with rates of individuals without intellectual disability estimated at 25.4%, mild to moderate impairment at 23.2%, and severe to profound mental impairment estimated at 55.5%. The decline in the rate of comorbid intellectual disability among individuals with ASD is likely a function of increased diagnostic rates of individuals with higher cognitive abilities along with the effectiveness of early intervention (Fombonne, 2003; Chakrabarti & Fombonne, 2005; Matson & Shoemaker, 2009; Newschaffer, Falb, & Gurney, 2005).

9. Is IQ a predictor of one’s ability to learn or to be independent?

A child’s IQ score can be a predictor of his or her ability to learn or become independent, but other factors are also at play. This is precisely why an assessment of adaptive skills is needed to make a diagnosis. Primarily, IQ testing predicts how a child will perform in a standardized testing environment, but it does not evaluate how a child will perform in an everyday context.

Yes, IQ can change over time. Typically, cognitive abilities are assessed every 3 years in children. As people grow into adults, their IQ score and cognitive skills become more stable and less likely to change.

11. Does having a low IQ mean a child isn’t smart or resourceful?

Being “smart” is a term that can mean many different things. When a child has an IQ score that is low, it allows a psychologist to make predictions about how that child can learn in standard (quiet, one-on-one) settings. But standardized testing does not speak to scaffolding (which, according to the Glossary of Education Reform, is a variety of instructional techniques used to move students progressively toward stronger understanding and, ultimately, greater independence in the learning process) and other support that the child may receive that can help him or her learn. A low IQ score can be a function of many factors, which is why it is important that a trained psychologist makes interpretations of IQ scores.

12. Can you give an example or two of items on an IQ test?

As mentioned above, an IQ test is designed to assess general cognitive abilities such as verbal comprehension, perceptual reasoning, working memory and processing speed. In the verbal comprehension domain, for example, a child may be asked to define common words such as dog or house. The difficulty level of each word increases as the assessment continues. Block design is another task that is included in many general IQ tests. During this activity, the child has to arrange their blocks to look like a pattern. It is a task designed to assess perceptual reasoning ability.

13. How long does cognitive testing take?

A basic cognitive testing session takes approximately 2 hours, though time frame can vary greatly depending on the type of assessments administered and the child’s needs. If a child tends to work slowly, the testing will likely take a longer amount of time as the provider is looking to get the best possible performance from the child. If the child is younger, many evaluations are designed to be administered quickly so that the child can focus for the duration of the session. (Younger children typically have shorter attention spans.)

14. What are the names of some common IQ tests?

One of the most common assessments is called the WISC-IV (pronounced “whisk four”). It is used in many schools and clinics to evaluate cognitive abilities. Many providers also use the DAS-II or the SB-V (Stanford Binet five). The numbers at the end of the tests are to denote the version of the test being used, as most assessments are updated every few years.

15. Are there any IQ tests that tend to yield more reliable results with children with autism?

The literature suggests that some IQ tests may be more effective than others with children with autism, but what is most important is the skill and ability of the psychologist to interpret the scores in the context of a child’s behavior.

16. Are some children too severely affected to participate in testing?

There are times in which a child has behaviors that prohibit examiners from obtaining an accurate measurement of their cognitive skills through standardized approaches. When these behaviors are too severe to continue, clinicians can use other questionnaires that parents can complete to obtain information on adaptive capabilities and developmental skills.

17. Is there a correlation between IQ and adaptive skills scores?

IQ scores and adaptive skills are highly, but not perfectly correlated. Autism is a good example of that. Many studies have demonstrated that for many children with autism, their adaptive skills are lower than would be expected given cognitive abilities.

18. How can I prepare my child for their testing appointment? For example, should I give my child their medication before coming in for a testing session? What can we expect?

First of all, if possible, try to schedule an appointment when your child is most alert and focused. If your child is able to concentrate best in the morning, then make their testing appointment during the morning hours. This is important because the examiner is looking to get your child’s best performance, so do whatever you can to ensure your child is at his or her peak. A good night’s sleep and a healthy meal will also help your child do their best. In addition, it is imperative that your child takes his or her medication(s) at the appropriate time(s) before the appointment unless expressly noted by their provider.

You can also prepare your child by talking through the flow of the appointment and helping them know what to expect. Specifically, you may want to explain to your child that they will be doing some activities or brainteasers with another adult. At the time of the appointment, your child will join the examiner in the testing room without any parents or guardians. Children tend to be influenced and sometimes distracted by their family members during appointments; therefore parents and guardians are not able to watch their child during the testing session.

Each child is different, but most will desire a break about halfway through the appointment, which is typically after about an hour of testing. The break will give your child a chance to stretch, relax, use the restroom and eat a snack. Then, the examiner will come get your child for another hour (or so) of testing.

You will learn about your child’s performance, cognitive abilities and scores at the feedback appointment with another provider (not the examiner who did the testing with your child). During this feedback appointment, you will learn the strengths that your child exhibited in the testing session as well as any areas in which he or she may need extra support. The scores will also be used to help inform providers on any recommendations that may be helpful for your child in the future.

19. What else do you think is important for parents to know about IQ/cognitive testing?

At the Seattle Children’s Autism Center, the providers who administer cognitive assessments are called psychometrists. Psychometrists are people who are specifically trained to deliver psychometric testing.

Psychometrics, according to Wikipedia, is defined as “the field of study concerned with the theory and technique of psychological measurement.” In part, psychometrics is the objective measurement of cognitive processes such as skills, abilities, attitudes and personality traits through the use of questionnaires, standardized tests and subjective reporting. In other states, psychometrists may also be called psychometricians or testing technicians.

4 Comments on “Autism and IQ”