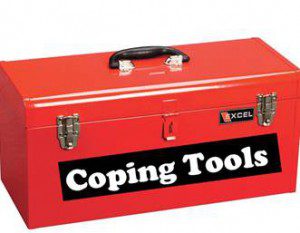 I grew up surrounded by laughter.  My family has always been a sarcastic and snarky group who would routinely laugh when one of us would trip or fall off our bikes, usually holding up the correct amount of fingers in order to judge the event.  Nine fingers was a success, three fingers would require us to try to fall harder the next time.  But nothing really seemed serious when you were laughing—my father in particular—would always make tongue-in-cheek remarks about things we saw on TV, witnessed at the park, or overheard at family holiday parties.  No doubt this helped form our future ability to find humor in almost anything, making difficult situations somehow easier to digest and helped us absorb the full situation before reacting.  I am always looking for the humor.  But I learned later in life, not everything is funny.

My son was diagnosed with autism in 2011, shortly after his second birthday.  My husband and I noticed that the happy and joyful child we had was introverting into his own world.  He would stare blankly out the window for hours, taking in the view while having his fingers spread wide open directly in front of his face.  He would move his hand closer to him, turn it, and then quickly stretch it back out, taking his time moving it closer again, a behavior we later coined “finger puppets.”  His ability to communicate with us seemed to come to an abrupt end and any time we tried to touch him, he would shudder as if our hands felt like broken glass against his sensitive skin.  We were at a loss and for the first time, I failed to find the humor in what was taking over my son’s life.

When we received the diagnosis, we both felt immediate dread and a sense of loss. While not life threatening, autism is nonetheless crushing.  All we understood of autism was from movies and a few stories on the nightly news, but our personal knowledge was very narrow and naïve.  We attempted to find ways to deal with the new reality that was now our family’s forever.  Autism found a way to become the fourth member of our family, an unwanted guest in our lives.  My husband dove into reading books and articles on autism, trying to find answers and solutions.  I decided to stick my head in the sand and wait it out.  You can only imagine how well that went. 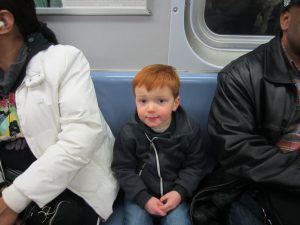 In the years since the diagnosis, our family has established an amazing team of doctors, nurses, therapists, teachers, parents and friends that have become an extension of our family, providing support, guidance and direction during difficult times and has greatly improved the quality of our lives.  We have been able to slowly reemerge, as a new family with our son, who is a little left-of-center, but always a joy to be around.  I was able to start seeing him for the person he was, and not the shell of who we thought he would be.  As he started to find words again and would venture out in public without covering his ears or having a meltdown, I started to witness some of the humor in autism.  Yes, it’s not funny as it’s written in the DSM-5 or discussed in the press, but it does have moments of hilarity and when it shows, it’s amazing.  I never appreciated the word “literal” until one day when I was singing “Five Little Monkeys” with my son.  As I began to sing, “Momma calls the doctor and the doctor says….” I pointed to my son to finish the verse and he looked at me and said, straight-faced, “HELMET!”  Can’t argue with that.  It was a moment that made me laugh and understand how he views the world, the literal boundaries and structure that is autism.

I’ve found that through humor, I can also disengage socially awkward situations when they arise, and there are plenty—believe me!  One of my son’s favorite things to do is to explore the world using his mouth.  It took me a while to accept this as one of the sensory processing ways his mind adapts, and I’ve also developed a strong gag reflex as well.  While riding the subway home back in New York, my husband and I positioned our son’s stroller against one of the rails while we stood on either side of it.  We were having a conversation when we suddenly heard a woman scream, “Oh no!!  He is NOT licking that pole!” Sure enough, our son had stretched his little head out far enough to reach the pole and started to lick it up and down to gain the sensory input his mind craved.

Initially horrified and worried about what he was ingesting, the gentleman across the aisle said, in a thick New York accent, “Well now, if we have nuclear fallout, your son and the cockroaches will be the only survivors.”  We all started to laugh, because honestly, what else can you do?  It was probably true and it was already done; the laughter defused the need to explain to a train full of strangers why our son did this.  We started to accept that he had a different way of exploring and gaining knowledge than we did.  Instead of trying to stop it, we allowed him to explore on his terms.  And we started to laugh again.  Our son has taught us that being different can be fun, it offers another way to view the world and we have released that constant worry about the things he can’t do, can’t say and can’t be.

Navigating this new world of autism with my son, I realized that my childhood full of laughter and not taking ourselves too seriously has probably served me better than if we had a dramatic or reactive family dynamic.  Flexibility in autism is difficult to find, but if you mentally keep yourself focused on what’s most important, it’s easy to laugh at the silly situations that we often find ourselves in.  Now when we see our son licking the neighbor’s dog, singing the latest pop song at full volume while at the library, or jumping and flapping his hands wildly while waiting in line at the airport, we just look at one another, shrug our shoulders and judge with the appropriate amount of fingers.  Sometimes, even on the three-finger day, autism can be funny.