Surviving COVID With A Child With Severe Autism 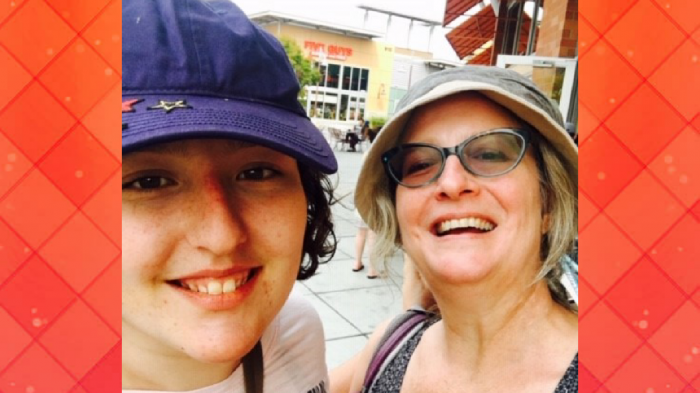 When the coronavirus closures and stay-home orders were launched in our state, my daughter Audrey suddenly lost access to all of her preferred social and community activities. Her life typically revolves END_OF_DOCUMENT_TOKEN_TO_BE_REPLACED

In the eighteen years that my daughter and I have lived with her autism, I’ve heard all kinds of advice from people about what she needs, how to help her and even, at times, how to “cure” her.

I like to believe that much of this advice comes from a place of good intentions. Of course, we know which road is paved with those.

END_OF_DOCUMENT_TOKEN_TO_BE_REPLACED

Abuse in the Form of a Hamburger

My 19-year-old daughter is profoundly deaf and severely impacted by autism and developmental delay. She’s been in supported living for the past three years – a single home that whole time, with one housemate in the other bedroom, run by an agency licensed by the state for her care. This past summer we experienced one of those incidents that I live in fear of at most times – fear kept tamped down to levels that don’t interfere with my everyday life, but still always calling out “present” when I check to see if it’s maybe taken some time off for a bit.

I had her out on her favorite Sunday lunch outing, a fast-food spot where she eats “cheese grilled sandwich french fries” as she invariably types into her iPad TouchChat app. It was just the two of us that day, and she was in one of her best moods, wide grins and lots of interactive communication about her new swim lessons on Thursdays and tomorrow’s planned outing with her grandparents.

While we were sitting and waiting for our order, a young woman came out from behind the grill – I recalled her from the cash register at previous visits, and she obviously recognized the far more memorable us. We’d never spoken before, though, and she started by asking if I was “her mom,” pointing to my daughter. “She was here last week,” the young woman told me, “with another girl who was, you know, disabled like her, and two older women with them.” She added descriptions that were clearly of my daughter’s housemate and some staff members. “I wasn’t happy with how the girls were being treated,” she then said, and paused, uncomfortable I think with saying more than I might want to hear. “Could you tell me more?” I asked, through the haze already rising up in my brain, hot and choking.

Pushing, shoving, impatience, food gone uneaten and taken away from the girls. “And you know how sometimes she” – pointing to my beloved girl – “kind of shrieks and flaps her hands really fast?” she asked. In fact, she had started doing it now, in happy anticipation of our meal. “Well, one of the staff people hit her up the side of the head when she did that

Always, always, my first focus in any situation is on my daughter and what she needs in that moment. Even though what I needed was to Get. My. Hands. On. Those. #%$!&$, what she needed was to unwrap her soggy white bread grilled cheese sandwich and gleefully peel away the crusts to eat first. She needed to carefully fill a cup with as many french fries from our shared order that she could, and place it out of my reach for her later attention. And yes, she needed to whip her head back and forth, flap her hands and let out a few shrieks as the meal progressed, just to express her excitement.

By the time these immediate needs of hers had been met, I’d honed my response down to the phone calls I needed to make right then, to figure out the next 24 hours and how to keep my daughter safe. This process was complicated by the chronic management upheaval at her home – there was currently no house manager in place, and the new “program director” (who oversees two or three houses run by the same agency) was literally starting in this position the next day, Monday. I had only met her and been given her phone number the week before.

The bare bones story of the weeks that followed include these scenes: my daughter “sleeping” (ha!) at my home Sunday night, because (I was told) there was insufficient proof to remove the staff in question from her home. Me waiting at the police station to file a report on Monday morning, and explaining to the officer in reply to his question that no, there was no possible scenario where physical restraint or coercion would be appropriate in caring for my daughter, even if she is developmentally disabled. It being safe for her to return home when the staff in question were finally suspended. The phone call where I learned that the hoped-for video confirmed the group’s presence at the restaurant on the reported date, but that the camera turned to their table was broken and there was no footage to “prove” what had happened.

What we ended with was two people’s word (two staff at the restaurant) against two others – the house staff who insisted that the whole story was a lie. Unless my daughter or her housemate could describe, themselves, what had happened that day, the case was closed

The supported living agency had conducted its own “investigation” and we met with them to hear their findings. “She didn’t want to eat her hamburger,” began the bigwig regional supervisor whom I’d never met before but who emerges in full defensive mode to run these conversations.

(“Why did they get her a hamburger??” was my younger daughter’s first question when I caught her up on what I’d learned, later that day. “Exactly,” I said.)

“Why did they get her a hamburger?” I asked the bigwig supervisor. “My daughter would never order a hamburger there.” Bigwig said there had been “miscommunication” and “misunderstanding” but “everyone meant well” and “there was no wrongdoing.”

Here’s what I know. I know that if staff ordered a hamburger for my daughter, it means they hadn’t asked her what she wanted or given her the chance to say for herself what her choice would be. If ANY opportunity had been offered her, she would have typed “cheese grilled sandwich french fries” which is clear communication to anyone with even basic English, and difficult I believe to misunderstand.

I also know that she would have been agitated and unhappy about this. Not only does she not even LIKE hamburgers – but also, she has autism. People with autism don’t like changes to their routines. Not having a grilled cheese sandwich is a big deal change to that restaurant’s routine. My girl was entitled to be unhappy about all this, and to show it.

I don’t know – strictly speaking – whether staff pushed her around and hit her up the side of the head. But I don’t need to know that to know that she was abused that day.

And I don’t know when our society will learn to understand this – that people who have more difficulty communicating their needs have the same rights as anyone to having those needs heard and understood and met.

For my daughter, having a hamburger handed to her that day was just a different version of a slap up the side of her head.

The bigwig supervisor certainly doesn’t see things this way. She has stuck fast to her “misunderstanding” story and added for good measure, “staff in our homes across the state face accusations on a weekly basis, that are almost always unfounded.” Her definition of “unfounded” clearly doesn’t match mine – nor very likely that of the clients or families who bring the other accusations she brushes off so dismissively.

This “miscommunication” versus “mistreatment” description is not just a question of semantics, though I think that’s what the residential agency wanted to imply. I need those caring for my daughter to understand that without appropriate communication, they are not providing her with adequate care. I need them to acknowledge this and be accountable to it. This is something I will watch carefully for in the future, as she continues to rely on others to meet many of her most fundamental needs.