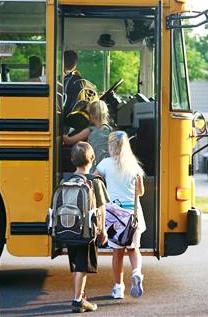 Just this week, the Center for Disease Control (CDC) published in one of its publications, the National Health Statistics Report, the latest information on the prevalence of Autism Spectrum Disorders (ASDs). Once again as we’ve been used to seeing over the past ten years the prevalence has apparently risen again. Just one year ago, the CDC published data widely reported in the press that the prevalence of ASDs in the US was 1:88, equal to approximately 1.13%. This report substantially increases that number to about 1:50 or 2% of the population. What are we to make of these ever apparently increasing prevalence numbers?

In order to understand these reports one needs to dig deeply into the reports to understand how these data were acquired. The three prior CDC reports, the most recent of which was published March, 20, 2012, were derived using what has been known as the Autism and Developmental Disabilities Monitoring Network (ADDM). This was a project in which a select number of states, 14 in last report, collected data from health records and school reports to attempt to identify children with ASD diagnoses. The first such report was published in February, 2007 showing a prevalence of 0.67% equivalent to 1:150. In December, 2009 a repeat study using similar techniques revealed a prevalence of 1:110 or about 0.9% and the third report from March, 2012 showed a prevalence of 1.13% or 1:88.

In March, 2011 we saw publication of another rather startling study. In a community of about 489,000 people in Goyang City, South Korea, researchers actually tried to identify (from the total population of children born between 1993 and 1999, about 55,000 children) every child in the population with autism, not from records, but by actually examining those children using our standard diagnostic measures. Lo and behold they came up with a prevalence of about 2.5% which was 2.5 times the then estimate in the US. How could one account for these differences? The sampling technique used by the ADDM was always assumed to under count ASD cases as the health and educational databases were always felt to be incomplete. The only way to actually count the number of cases, thus determine prevalence, is to do what the researchers did in Korea, go out and interview and diagnose using the same guidelines for every child in a defined population. Among other things, what the Korean study showed was that the largest number of diagnosed kids were not in special education programs, but were from regular classrooms and that they were more mildly affected and previously undiagnosed.

So now we come to the latest study, this time using a different technique for identifying and counting children with ASD. The National Survey of Children’s Health is an ongoing national telephone survey of a very large number of families. There are questions in the survey about a broad number of issues related to children’s health. This report highlights findings from the data for the period 2011-12 and compares these data to the same survey done in 2007. Parents were the source of data as opposed to the other reports which relied either on administrative data (school and health records) or direct child assessment as I discussed above. It is not always appropriate to compare statistics from one study to another when different techniques are used. Nevertheless we can learn things from these epidemiologic studies. The most recent study notes that through comparing the 2007 prevalence rate to 2011-12 prevalence rate, the autism prevalence has risen from 1.16% to 2.0%. Looking closer at the data, both time periods showed a similar number of severely affected children, but the more recent numbers include more older and less severely affected children. This reflects changes in clinical practice in which we recognize that even milder forms of ASDs are significant and should be identified and treated.

So what seems to be occurring in these serial studies is that we are recognizing larger numbers of children on the spectrum that previously were not diagnosed. That explains, to a large extent, the Korean study with its very high prevalence of 2.5% as well as this most recent US study. It suggests that there is not a “true” increase in ASDs, at least not during the last ten years or so, but that the rising numbers reflect increasing diagnosis of older and more mildly affected children. This may be somewhat reassuring to the public that thinks we have an ever worsening “epidemic” of autism. On the other hand, policy makers, insurance companies, school districts, public health, and mental health agencies all have to recognize that this very large population needs many more services and dollars.

What do you think of these rising numbers? Please comment to the community who reads this blog.